Choirs to battle in Lagos 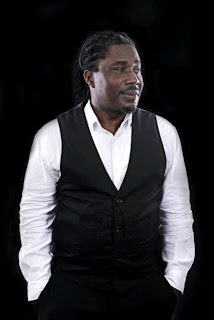 Reality shows and talent hunts have become regular fixtures on television these days. Many of them have created music and movie stars that we adore. Iyanya, Omawunmi, Jodie, Uti and many others have all taken part in one talent show or the other. These shows offer them a good platform to launch their careers.
There is a new competition around, and it is quite different from the hoard. It is the first faith based reality talent show in the country. Tagged Gospel Explosion, it is the first of it’s kind Choir Contest. Choirs from all over the country are expected to battle it out to determine which is the best choir in the land. According to organisers, the finals will take place on Sunday 23rd Dec at the Civic centre, in Lagos. Already, the auditions are taking place in Lagos. All church choirs have been asked to take the opportunity.
The winner of the competition has will be taking home N1million cash prize. They will also be signed on to a recording contract with Wole Oni Music Production(W.O.M.P), the most prominent gospel label in the country. There will be three judges who will be introduced as the show progresses.

While speaking with Afojeare Ikhialose-Igbauma popularly known as DJ Gosporella, he explains that the show is aimed at recognising the great talents in the church. “It is common knowledge that the church choir plays a vital role in every local assembly. Churches across denominations parade spectacular and gifted choir groups. In the competition, we will stand one out. Gospel  Explosion is out to expose, celebrate and reward the best choirs. It is a motivational platform to encourage choir members to aspire for excellence. Right now, we have a few supporters. Tetrazini, the best healthy food chain is strongly behind us. We urge other sponsors to take part,” Gosporella said.
Gosporella also explains that there will be a series of semi finals before the finals and forms are still being sold at all Tetrazini outlets in and around Lagos
Posted by Unknown at 05:35