Chief Moses Okoye, the father of Peter and Paul Okoye of P-Square fame was buried today, Friday, 30 January, 2015 at his hometown in Ifitedunu, Anambra State.

His last journey home started on Thursday with a Service of Songs. After the event, P-Square paid a courtesy visit to the monarch of the village.

On Friday, the burial mass was held at St. Gabriel Catholic Church, Ifitedunu. 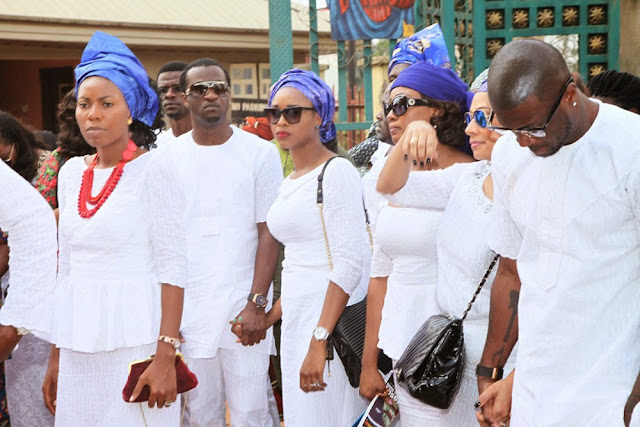 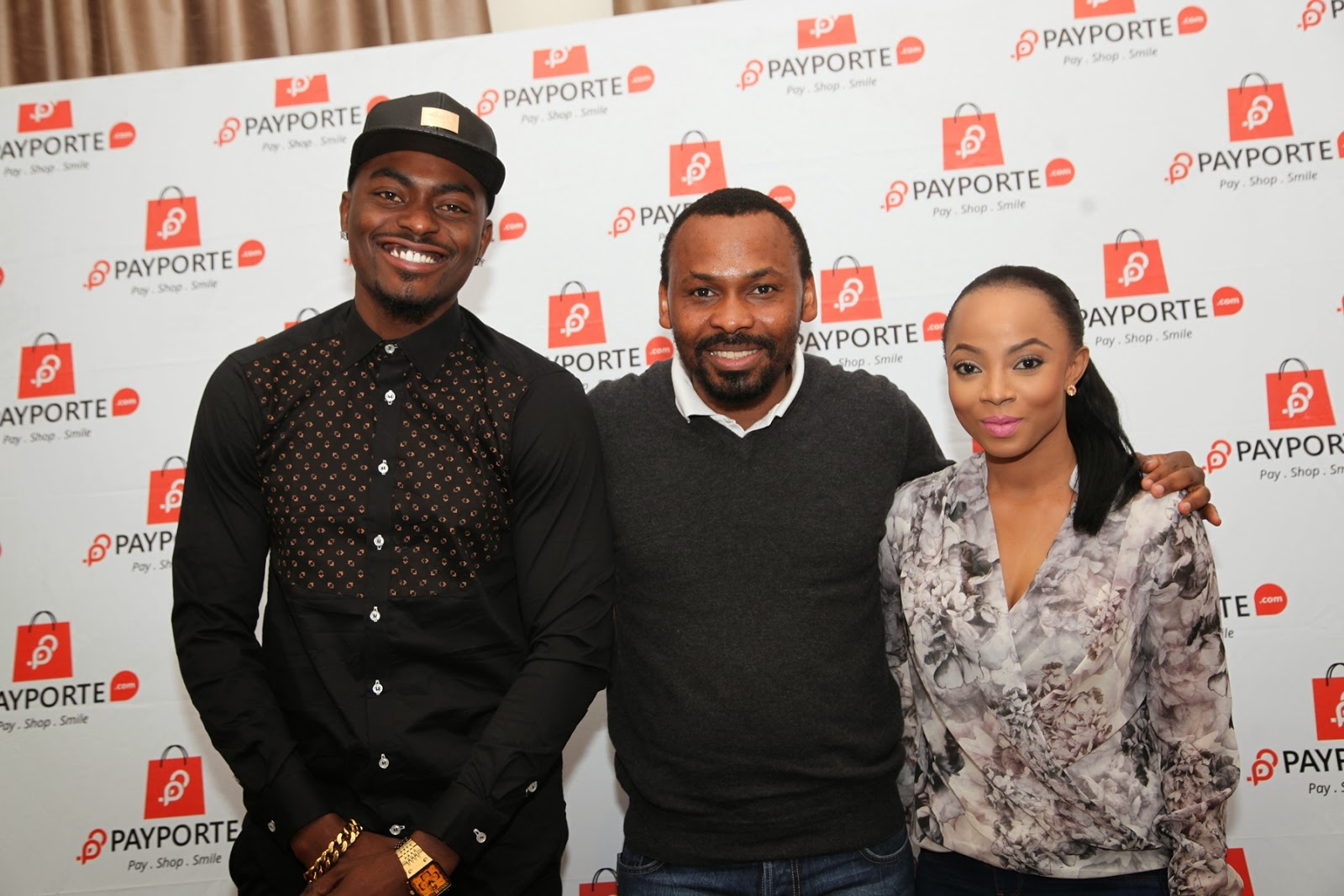 There has been stories flying around that Tayo Faniran has been receiving money here and there after he left the Big Brother house. The biggest news was that he had received $300,000 from Billionaire Ayiri Emami. The actor however has come out to debunk the story. Though he says he has been in contact with the billionaire, he is yet to receive a Kobo from that angle.
There was also some talks that he has signed a multi-million Naira deal with an e-commerce company. That we can confirm as, the Online retail shopping brand, Payporte, for the first time since it berth in Nigeria, signed its first ever brand ambassadors; media personality and popular blogger, Toke Makinwa and Tayo.

The Yinka Ayefele I know is a strong and willy man. but when his father was buried today, his soft side came out. On his electric mobile chair, he broke down and cried incessantly. I commensurate with the multiple award winning musician. 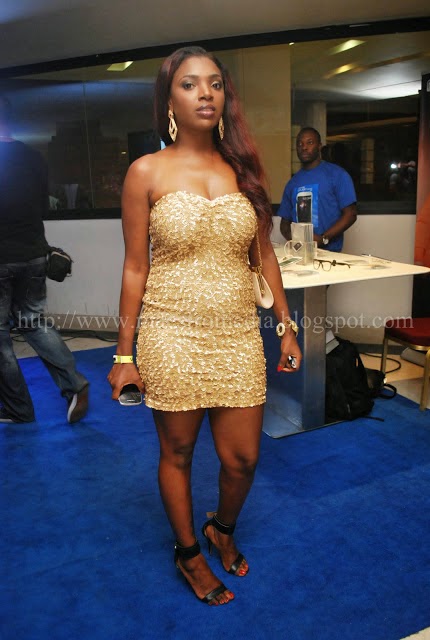 During the week, a picture emerged of Tuface Idibia kissing his baby’s mother and ex lover, Pero Adeniyi. The picture of the two saw them hugging each other and kissing each other at a night club. One of the pictures even saw Pero sitting comfortably and Tuface’s laps. Instantly stories started flying around that the marriage between the African Queen crooner and Annie is in trouble and was about to hit the rocks.
The whole story was also fuelled by the fact that Annie recently granted an interview where she said that she would not want her daughter to marry a man that already has children from other women. That statement got a lot of negative reactions online, so when the pictures surfaced, it was easy to deduce that all is not well with the marriage.


When reached to find out the status of her marriage after the exposure of the pictures, Annie released this statement, “I am aware of the photo's circulating the internet with my husband and Pero Adeniyi. I want to state officially that I was not in that space at that time and therefore there was no confrontation between myself and Pero Adeniyi. Pero Adeniyi and this momentary indiscretion poses no threat whatsoever to my relationship with my husband. As a matter of fact for all of our children's' sake, I do encourage cordial relationships with parties involved. This year, my focus is solely on God, Family and my Career which doesn't give me the luxury of paying attention to any distractions.” Tuface is yet to talk on the issue.
Posted by Unknown at 06:11 No comments: 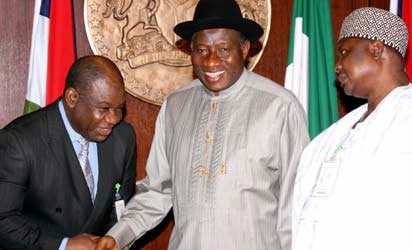 The Federal Government through the Ministry of Power, has provided guidelines for power firms in order to efficiently sign the Power Purchase Agreements with the Nigerian Bulk Electricity Trading Company.
The PPA requirements have been made in a handbook in order to ease and speed-up the signings of future agreements with the NBET.
(read more)
Read more »
Posted by Unknown at 06:09 No comments:

Once again, It seems Nigeria's top blogger, Linda Ikeji has been called out by another celebrity. This time it is actress, Funke Akindele.. He Lawyer just served Linda Ikeji papers asking her to apologize for her post or get ready to go to court. When i went through the story, it seems, Linda carried a story which suggested that Funke Akindele, called out fellow actress, Toyin Aimaku after gists flew around that they were separated. I for one did not see anything wrong in the story as Linda was very careful with  her words and never said anything definite. It will be interesting to see things play out.

(see papers after the cut) 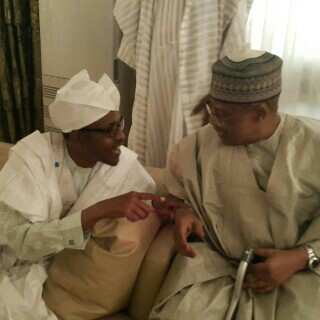 Though Babangida has been very critical of APC prez candidate recently, Buhari had decided to pay a visit to him this morning. Buhari will be having a rally in Niger state today. If you remember your history, Babangida was the one who removed Buhari from power in a coup. He also threw him in jail. Well, it seems all is forgiven
Posted by Unknown at 06:59 No comments:

Guys: Before you jump in bed with a virgin

Chatting with some friends lately and I can’t remember how the to topic veered into sleeping with a virgin. Two of them said it was the worst experience of their lives, two said he would really like to try one out. I? well I ask myself, are there still virgins out there? What I don’t understand is, why are there mixed reactions to getting down with a virgin. This is what I came up with after asking around and some online queries.
1- There’s extra prep work
Unlike a more experienced woman, a virgin really doesn’t know what to expect. This means that you’re going to have to put in some effort before the deed is done and plan ahead to make sure that she’s comfortable and completely willing. It may take some considerable convincing on your part to get her into bed, and while that isn't one of our five reasons not to sleep with a virgin, your seduction skills will certainly be put to the test when it comes to taking a girl’s virginity. Also, the older she is, the harder it will be. If she has managed to protect her virginity all through her school days and into her 20s, it will be that much more difficult to persuade her that she should give it up to you.

The awards season is here and every actor across the world is gearing up for the events of their lives. These events are what usually makes or breaks them. In Nigeria, it is all about the African Movie Academy Awards(AMAA) and the Africa Magic Viewers’ Choice Awards (AMVCA). In America, The academy awards popularly known as the Oscars announced its nominees at the grand event earlier this week.
(more after the cut)
Read more »
Posted by Unknown at 07:31 No comments: Come fifth of next month, the late singer, dancer and cook, Keffee will be remembered in a massive event tagged ‘An Evening With Keffee’. The event which will hold in Lagos is aimed to be a befitting remembrance for the musician who passed on last year. The Branama Queen as Kefee was fondly known will also be releasing a post-humus album at the event which will be a compilation of some of her numerous unreleased songs.
The organising team which is headed by her husband,  Radio presenter, Teddy Don Momoh also have friend colleagues and family members in it. Speaking at the unveiling of the event at the Kobis in Ikeja, during the week, Teddy who obviously still emotional, shed light on the event. “It is going to be a celebration of her life. There will be performances by over 20 musicians. It is going to be a night of music dance and networking. The event is for all her fans whom we expect to come out to have fun with Keffee.” Momoh also assured fans that the event is free and there will be no gate takings.
An evening with Keffee will hold at the Daystar Christian Centre Annex 2, Oregun, Lagos. The February 5th date was picked because the day is Keffee’s Birthday which she usually marks by going to help the needy. Keffee died June last year after collapsing in a US bound airplane. She later died in a US hospital.

Africa Magic gears up for AMVCA 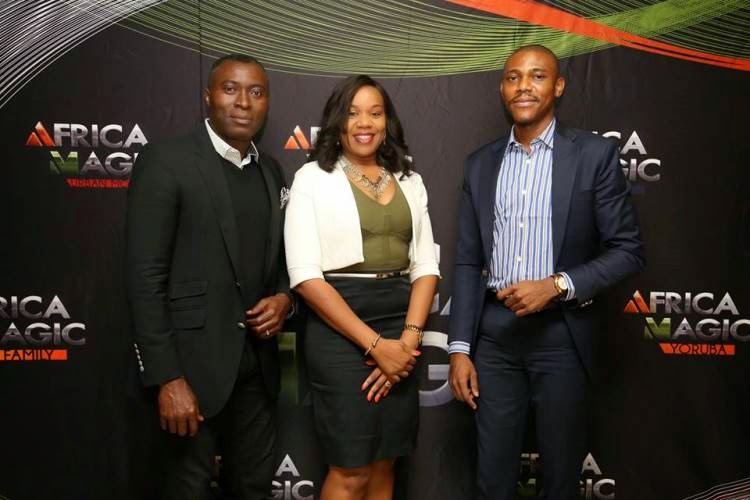 As the March date for the Africa Magic Viewers Choice Awards(AMVCA) draws close, organisers are not resting on their oars in order to have a good outing. Recently, the awards nominees were announced and as expected, Nigeria dominated the nominations. Now, the organisers are more focused on hosting a successful event. The show will once again the held at the prestigious Eko hotel.
(more after the cut)

Nigeria’s Big Brother Africa Hotshots contestant, Tayo Faniran, has had a lot of opportunities as a result of the BBA platform. Tayo Faniran, who is already an ambassador for ONE org, has nabbed another endorsement for PayPorte, a platform on which he will be joining media personality Toke Makinwa as ambassador.

On Wednesday, actress Stella Damasus was on i2radio in Atlanta, USA where the actress said she will not accept her man to cheat on her. “If a man cheats once and you catch him, your reaction to his cheating would determine what happens the next time. If I have tried everything and he continues, then I’m sorry, I wouldn’t stay there. I would never be the one to put condoms in his suitcase.

(more after the cut)

pictures from the StreetRequest show

Weekend's edition of #StreetRequest shows the fun sides of some of your favourite superstars who attended the annual Music Meets Runway fashion show.

MTV Base VJ, Stephanie Coker in her usual fun way spoke to stars like Banky W, Eniola Badmus, Dakore Akande, Bryan Okwara and a host of others who lets us into their private world of fun, music and fashion. 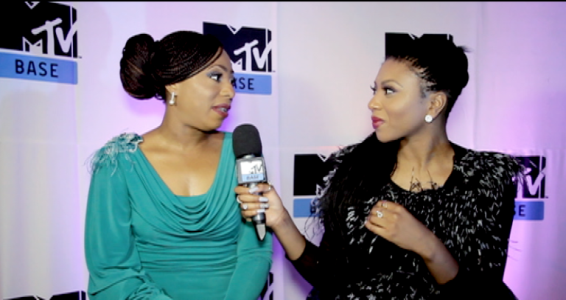 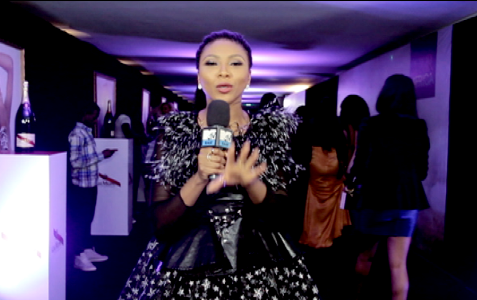