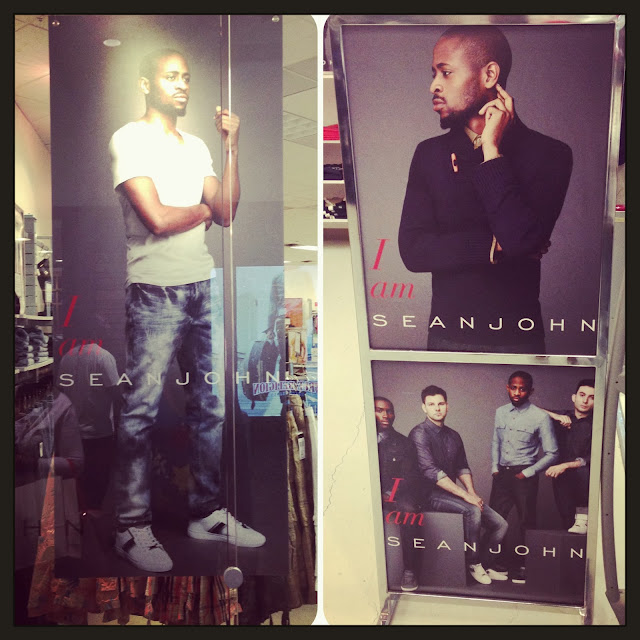 Founder and CEO of leading Nigerian media production company, 37thSTATE, Bolaji Kekere-Ekun, has been selected by international design label, Sean John owned by hip-hop icon, Sean “Diddy Combs to represent the ‘International Sean John Man’ in their Fall 2013 campaign titled “I Am Sean John”.
The label, which traditionally uses professional models for their campaigns, has this year handpicked four exceptional young men to promote their  'I am Sean John' campaign.
(more after the cut)

For the campaign, owner, Sean “Diddy” Combs also known as Diddy, searched internationally for men who embody the brand’s entrepreneurial spirit, men who not only turned their passion into a successful business but are also making a positive difference in the world through their professional, charitable, and personal endeavors.
Jeff Tweedy, President of Sean John, summed up the campaign and its impact best when he said, “We are excited to launch the ‘I Am Sean John’ campaign and put a spotlight on the different kinds of men who characterize the brand.  It is their image that proudly serves as an example of successful men using their inherent skills to benefit those around them.  We hope to encourage and inspire all men to follow their lead and become the men of I Am Sean John.”
Bolaji Kekere-Ekun though usually not keen on being in the limelight saw his participation in the campaign as an opportunity to give back to the Nigerian society and has donated his entire model fee to Lagos-based charity, Bake for Change which primarily focuses on giving back to society through activities that positively impact the lives of less privileged youth and older adults in Lagos, Nigeria.
Bolaji who expressed his appreciation for being a part of the campaign said, “I am honoured to be a part of the “I am Sean John” Fall/Winter campaign. This just shows that there are people outside Nigeria who appreciate our work and with this, I hope to empower the Nigerian youth to follow their passion and pursue excellence in whatever they do”
Currently 37thSTATE and Bake for Change are working together to plan a new initiative to ensure the donation on behalf of Sean John undoubtedly goes a long way towards educating, empowering, and benefitting those in the Lagos community needing the most help.