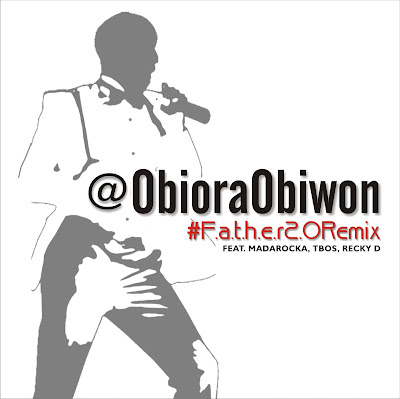 The official countdown has begun to the launch and release of a new album from urban gospel recording artiste and music minister, Obiora Obiwon, his first full set in four years. Obiora Obiwon reflects,  "This particular body work has really taken four years and more to make. Apart from the physical recording, the melodies and lyrics were authored through the joyful but painstaking processes of my life and faith encounters within the period".   Announcing the album title as "Gold Water", the passioned singer explained that the admittedly strange title is one that he and listeners would have to unravel over the course of time, as the album hits the stores in November 2013.

The 12-track opus features major and exciting collaborations including the HipHop and African Rhythm merger on "F.a.t.h.e.r 2.0 Remix" featuring HipHop artistes Madarocka, Tbos and Recky D (mp3 attached). The remix is the B-Side single to the stellar "Testify", which continues to gain more grounds on all platforms.   Obiwon marked a season of new beginnings and greater heights earlier this year as he was honoured by the National Gospel Awards as Best Crossover Artist, his first ever award in the genre. He has also graced the cover of the latest edition of Vine Magazine, an entertainment and lifestyle magazine for young positive minds. In his cover interview, Obiwon speaks about his conversion and salvation experience, his humble musical beginnings dating back almost two decades and the challenges of switching over from secular to gospel music. In the midst of an active ministerial schedule, Obiwon also played guest judge at the Owerri Auditions of Destiny Child Gospel Talent Hunt and had his catalogue released this week on Spinlet, Africa's premiere mobile music platform.   The rest of the year promises to be much more exciting as Obiwon continues to unveil plans and activity towards the release and establishment of "Gold Water".
F.a.t.h.e.r 2.0 Remix - http://www.hulkshare.com/mfgn0qh27400 Testify ft. Mike Abdul- http://www.hulkshare.com/ca8w70cy14hs