Professor Pat Utomi is Special Guest at BON Awards' Talent Meets Class As preparations for the 2013 edition of the Best of Nollywood Awards gather momentum, the organisers have announced that come October 15, Professor Pat Utomi would be the special guest of honour at the Talent Meets Class, a special pre-awards event holding at Oriental, Victoria Island, Lagos. According to the executive producer, Seun Oloketuyi, "Talent Meets class is one of the highlights of the annual BON Awards because it provides us, Nollywood stakeholders, the rare opportunity of meeting with high-networth Nigerians, brand managers, top executives, and top celebrities for networking and unwinding purposes in a convivial atmosphere." Speaking on the choice of Utomi as special guest for the Talent Meets Class, Oloketuyi said the former presidential aspirant is one of the most cerebral minds in Nigeria today with a cult-like followership among Nigeria's informed and discerning demography. "Professor Utomi has come to exemplify a special conception of heroism based on his track record of excellence in the corporate world, as a policy analyst and public affairs commentator. He is also very receptive to sharing his wealth of ideas with the younger generation. We cant wish for a better special guest," he said. A cocktail affair, the event would also feature short speeches, meet-and-greet and photo ops with the special guest and celebrities. Meanwhile, the BON Awards, now in its fifth year, is going ahead to create a new Guinness World Record by laying the longest red carpet ever laid for any event. This year's awards ceremony, which would be hosted by comedian and MC extraordinaire, Gbenga Adeyinka the 1st and popular On-Air-Personality, Wana, holds on November 9 in Asaba, Delta State. 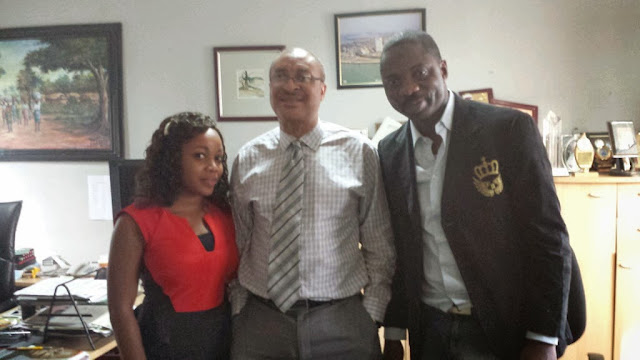