Is this comedy? Jedi drops album 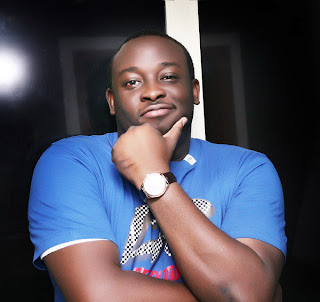 From Jedi’s publicist the chubby comedian's album is loaded with twelve tracks. On why he decided to delve into music, in jedi’s says “ I started with music but comedy came along the line, though I get more shows as a comedian, but never the less I will continue to do music, because it is  my own  way of celebrating  and praising the Almighty God in me."


Jedi has been nominated for the Best Up-Coming Comedian National Comedy Awards 2006, Best Comedian of the year for the Dynamix Awards 2006, 2007 & 2008, and Best Comedian of the year for Nigeria Entertainment Award 2008. He has received numerous honorary awards such as the  Award for Excellence-Lagos State University, Rare Gem Award-Sickle Cell Initiative, and TitbitzNews Celebrity Recognition Award, to name a few. In 2007 Jedi embarked on his first solo album (G-Pikin Project), and after two years the exceptional album was released in July of 2009. Fans have referred to his songs as “feel good music” others have called it “Gospel with an inspirational vibe.” this ridiculously hilarious entertainer Jedi was born in the late 1970s on the 30th of October to a family of 3 children of which he is the second. He Studied Microbiology at the Lagos State University but had the 'gene' of entertainment in his blood. It wasn’t until 1999/2000 he discovered another part of being a comedian. He was given the opportunity to M.C at a University concert and it turned out to be a huge success. From there he handled a comedy segment that lasted for two years with Ayo Makinde & Dele Agadumo a.k.a Christol on Eko 89.75 FM on the program "Make it happen".His vision is to become one of the best entertainer from this part of the world.