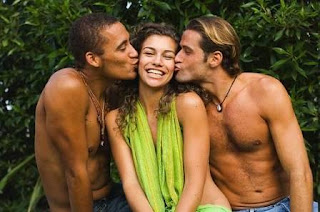 A JURY awarded a widow a multimillion-dollar verdict in a medical malpractice case after her husband suffered a fatal heart attack during sex with two other people.
William Martinez, a police officer, went to a physician at the Cardiovascular Group in Lawrenceville, Georgia after experiencing heart problems, myFOXatlanta.com reported.
Attorneys said the doctor failed to recognise that Martinez's symptoms were serious and should have sent him to the hospital for treatment.
Lawyer Rod Edmond said, "There was enough for him to make the call and to know that he should have sent this man directly to the hospital to get a stress test that clearly would have identified and diagnosed his blocked heart arteries."

Days after visiting the doctor, Martinez went to a motel near Hartsfield-Jackson Airport to see a woman - not his wife - and another man for a sexual rendezvous.
He died after having sex numerous times. The female returned from the bathroom to find him collapsed on the floor.
A Gwinnett County jury found the doctor negligent and awarded his widow a $3 million settlement.
A lawyer representing the doctor said that Martinez was told to make an appointment the next day but delayed.