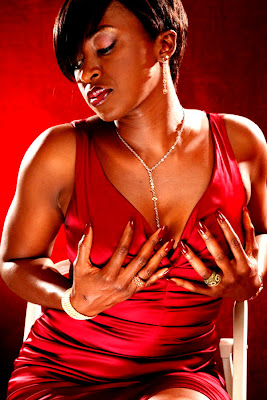 Top actress, Kate Henshaw announced that she has joined the Non-Governmental Organisation (NGO), Walk Against Rape(WAR) campaign. WAR is a special demonstration that brings together Nigerian Actors, Actresses, Sport Men, Media Practitioners, Musicians, DJs, Comedians, Youth Organisations, Showbiz Personalities and student delegates from various higher institutions and Secondary Schools around Lagos state to lend a voice to sexually abused women and children, particularly young girls between the ages of 3-16years and also showing their support to the course of bringing an abrupt end to RAPE in Nigeria where the number of rape cases is on the increase.
According to the Project Coordinator, Esther Ijewere Kalejaiye, “Our aim is to help in encouraging victims to speak out and reduce the stigmatization attached to the victims of sexual abuse and Rape as well as use “Walk Against Rape” as a platform to inform the society about the soaring scourge of sexual abuse especially as it relates to young girls and women in general” and also this year we intend achieving a lot more with the campaign as we would be having a one day sensitizing workshop for young people of secondary school age, young undergraduates and parents, where our Celebrity Ambassadors would be educating several young Nigerians on rape and child abuse.

The sensitising workshop will be held at the International school Unilag, Akoka on tuesday the 19th of June by 9am, while the walk is slated for thursday the 28th of June, the walk starts by 8am on , at the Police College, Ikeja (the point of convergence) and end at the Ministry Of Women Affairs and Poverty Alleviation, Secretariat, Alausa – Ikeja (point of departure) where we will be received by the Ministry of women affairs
Posted by Unknown at 16:34