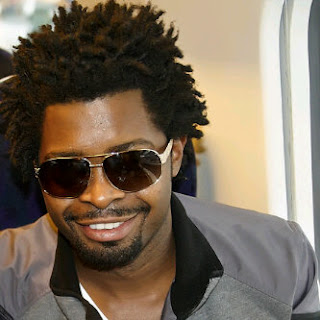 Comedian and host, Basket Mouth has now taken up a new personality called “DR LOVE” in a new segment on The Big Friday Show called “DR LOVE” a.k.a the official pimp daddy of hearts.
In this episode people can call in and ask for advice on all their love and relationship issues and will get instant solution from DR LOVE. This new segment in the show is a must watch as Basket Mouth’s alter ego, Dr Love will definitely get you rolling with laughter.
There is also The Big Friday Show Vlog segment which is brought to you popular Vlogger Stephanie who keeps you updated on the happenings in the local and international entertainment scene.

The hilarious segment, PRANK YO PEOPLES is also featured on this week’s episode as one lucky Glo subscriber (IFEANYI) gets to prank his friend (Nathan) with the help of the BIG Friday SHOW crew.

2JAY, an upcoming act will also be given a task/studio challenge to complete in order to promote himself and his music at the end of the show.
Other segments in this week’s episode include the ASK/REPLY where Glo subscribers text in questions to know more about the celebrity guest of the week, CHUDDY K  and also the weekly Glo presents Big Friday Show Countdown