LLcoolJ beats up thief in his house 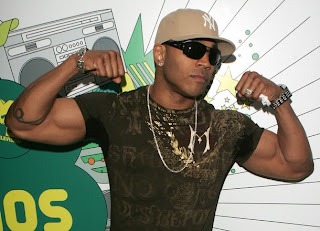 Burglars take note: It's not a good idea to break into the home of someone who wrote the song "Mama Said Knock You Out."
Early Wednesday morning, LL Cool J busted a burglary suspect who had broken into his Los Angeles home. The actor-rapper, whose real name is James Todd Smith, discovered the man just before 1 a.m., when the alarm system in his Studio City residence was tripped. A scuffle ensued, but the "NCIS: Los Angeles" star — whose arms (and abs!) are legendary in Hollywood — took down the trespasser and detained him while one of his daughters called 911.
When officers arrived, they took the man — whose name has not been released — into custody. The suspect, who will be arrested on suspicion of burglary, had minor bruises.

It's really no surprise tough guy LL Cool J — who has shared his fitness secrets in books including "LL Cool J's Platinum Workout" and has one of the most chiseled bodies in the biz — was uninjured during the fracas. Further, nothing was taken from the home, which he shares with his wife, Simone, and four children: a son Najee, 22, and daughters Italia, 21, Samaria, 17, and Nina, 11.
When reached for comment about the incident, a rep for LL Cool J told omg!: "LL Cool J and his family are safe and thank everyone for their thoughts and concern. As a father, husband, and citizen, he is committed to keeping his family safe and is cooperating with authorities on this private matter."
Posted by Unknown at 00:53