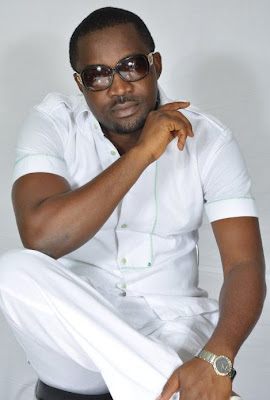 After the massive success of ‘Spiritual Konji’ which was released in 2010, Mr Raw formerly known as Nigga Raw is out with another banger. Titled Timboli bmoli, Mr Raw reveals the playful side of him. The song is an adaptation of a playground song that is popular in the east. In just two weeks of it’s release, it was made the Raypower song of the week, and also featured on the National MTN Top ten countdown.
Speaking about the song Mr Raw says; “Timbolimbloli is a playground song. I coined the name from the choruses that is sang while participating in the dance. Actually it is a one legged dance. You hold each other while only one feet is on the ground. That is what I repackaged and turned into a dance song, since the song is originally a dance song.” The song was produced by top notch producer, M.Josh, the same producer who did ‘Spiritual Konji’
When he switched his name to a Mr Raw there was a lot of questions being asked. In a chat he makes it clear the motives for the name change. “A lot of people were complaining that the Nigerian Guy Anakpo Raw (NiG.G.A) sounded so much like a swear word and a lot of presenters found it very difficult to update my fans because they were not allowed to use the word "nigga" on air. I also discovered that some online websites censor the "nigga Raw" and replace it with 'Raw'. I summed all this up and realized that that word "nigga" was already affecting my business and hard work. That's how I made up my mind to change my name from Nigga Raw to Mr Raw.

There was a time I checked for my song online and I could not find it, when I typed my name. When I typed the name of the song it appeared, but the name on it was dot dot dot Raw. That is not my name. So for business sake, and for promotion sake, I am Mr. Raw. But the truth is, everyone still calls me Nigga Raw, at least now, they know that when they hear, Mr raw on the radio, they know it is me. When they are searching online, they know that it is Mr Raw they will search for.”
With the fast acceptance of the song, Mr Raw explains why, “Right now as I am speaking to you, the song is number on Raypower in Porthacourt, it is number one on radio stations in Abuja, it is also on the Nigerian top ten countdown chart. So I thank God. I think the success is based on the fact that I listened to people. some people when you criticise their music they will ask you what do you know, if you are that good, why sing your own. but I for one welcome criticism. I like people telling me what they feel about my songs. I have gotten to a point in my career where failure is not an option. I listen to people’s comments on my work. On Timboli mboli, I made sure many people listened to it and we did a lot of corrections before I decided we have a good work. So God has been good, Mr raw says.