I am not gay – Actor Benson Okonkwo denies 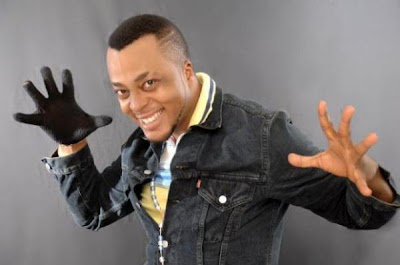 When confronted with the allegations that he is gay, Upcoming actor, Benson Okonwo did not take it lightly. “I’m not a gay…hell no. I love women. We have girls all over Nigeria looking for guys to date. In fact, we have more population of girls in Nigeria than guys, so why should I be sleeping with men? Jeeeeez…this is absurd. When you’re not forming a hard man or drinking a lot, smoking, or womanizing with those my male colleagues, the next thing they say is that you’re gay. Well I came from a Christian background. Our country forbids the act. So why should I be practicing such act. There’s this saying that if you fine too much them go say you turn gay.

This young green horn who has been doing well as an actor cum model says the people spreading such ugly rumour about him might have been doing it out f envy. Hear him, “what I know and I’m sure that started the rumor is envy. Because I have good looks and they know that. It’s a good thing for a male actor to look good. And secondly, I don’t womanize with them or smoke weed or drink like they do. Because I’m an actor doesn’t mean that I must take my female fans for a fool. I mean sleeping around when I’m supposed to be a mirror for all, not an instrument for the devil.”
He also added that “I did a movie in 2010 with Jim Iyke. In that movie, I played a gay man. The name of the movie is ‘Two Dollar’. In the movie, I disguised myself and Jim saw me in the club and thought I was a woman. He then took me home and I left with his money. It was just a movie. And because I played my role so well my colleagues started saying nonsense.
Some artists have played witches, mad people, rapists, ritualists, etc., in the movies, why are they not being labeled those things? It’s all jealousy from my male colleagues, that’s all I know. Many of them have spent so many years without making any impact in the industry, now they see me rising very fast and they want to spoil my name. It’s not my fault that I’m talented. I didn’t create myself. God gave me the talents.” He concluded.
Apart from acting in “Strippers in Love”, Okonkwo who once modelled for Zain, Wema Bank, Rainbow Net and Gold Circle Condom has also featured in such films as “ Evil Mission”, “War in Palace”, “A Better Tomorrow’ and “World of Prince”among others.
Posted by Unknown at 09:13