Ifeayin Dike needs yet another kidney 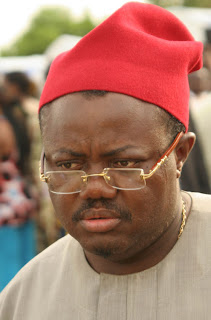 Months after the fall of the Actors Guild of Nigeria`s regime under Segun  Arinze and the subsequent botched Benin City elections, the dust over the events is yet to settle down. While there is no definite elected or appointed leadership, the AGN`s Board of Trustees has taken over the mantle of power. With the BOT`s Chairman on hospital admission in far away India, its Vice Chairman, Emma Oguagwu now holds sway. For now, Ifeanyi Dike, according to his VC is still bedridden  in India, “The kidney he got had problem. He is back in India for treatment. We need money for his treatment. You know dialysis cost a lot of money.” On reasons the BOT is holding on to power, Oguagwu  hinted, “Some members of the AGN brought non members to distraught the elections in Benin, to create problems. We are investigating to find out who were responsible for that. And they created crisis so that the elections will not take place. That is why the AGNEC chairman decided to suspend the elections and he is about to conduct another one. We now have a disciplinary committee that is looking at things. We cannot just mention names until all allegations are proven. Those accused will confront the disciplinary committee and those found guilty will be dealt with. The whole industry, including CONGA is involved in this issue. It is not just an AGN issue. This is so that such will never repeat itself again.” culled from e247