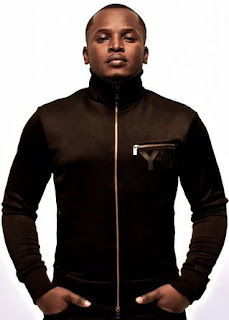 Adding to his endless list of achievements in the past months, hip-hop veteran will grace popular entertainment TV programme, MTV’s Big Friday Show.
On the second episode of the new season of BFS, fans will see the pop star and label boss share life experiences and also his path to fame. eLDee joins top celebrities like Banky W, Funke Akindele, Desmond Elliot and a host of others who have graced the weekly Friday programme.
Each week, apart from having A-list celebrities’ co-host the show, MTV’s The Big Friday Show also looks to putting fast rising artistes in the Nigerian entertainment scene, putting them in the spotlight. This week, talented pop act and Darey Art Alade’s protégé, Mo’Eazy is featured on the show. Following tradition of the studio challenge segment, Mo’Eazy will get a chance to promote his brand and his music.

The second episode of MTV’s Big Friday Show season three will feature other exciting segments. BFS Vlog segment will have fast rising Vlogger, Stephanie give the latest updates in the local and international entertainment scene.
One lucky winner, Rukevwe Ubrufih on the Celeb Surprise segment will give her friend a pleasant surprise by having Nollywood vixen, Ini Edo pay her a visit.
We shall also see last week’s guest, Desmond Elliot get pranked again on this week’ show. This promises to be one of the most dramatic pranks ever played out on the show.

Also on this episode , DR LOVE will give BFS viewers tips on how to treat a loved one as well as hilarious advice on love and relationship issues!

Other segments on the show includes, the ASK/REPLY segment where Glo subscribers text in questions for the studio guest, eLDee, the weekly Big Friday Show Countdown, the excitingly new segment called "GUESS THE SONG" where a video is blurred and played backward and the studio guest guesses what song it is.

Hosted by comedian BasketMouth, the Big Friday Show will air on MTV Base at 8:30pm CAT. In Nigeria on STV at 6pm and11pm, in Ghana on Viasat1 TV at 5pm and in Benin Republic on ORTB at 9:30pm.