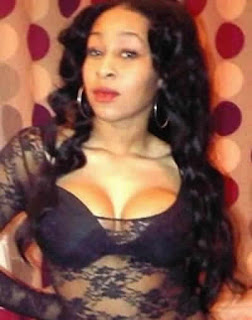 who do we blame: the deceased 20 years old Claudia who was after changing her natural, God given butt or the quack doctor who gave her the injection that killed her?

A quack US doctor who called herself the ‘Black Madam’ is currently facing trial on murder charges for allegedly performing illegal buttocks-enhancing procedures on a Nigerian-born London tourist, Claudia Aderotimi, who later died in her Philadelphia hotel in America.
A friend of Aderotimi, an aspiring dancer, testified that she and the 20-year-old victim Claudia came to Philadelphia last year and had their buttocks enlarged.
Aderotimi’s friend, Theresa Gyamfi , said the ‘Black Madam’ gave them silicone injections in their hotel room but then fled when Aderotimi went into respiratory distress.
A doctor testified that the industrial-grade, not medical grade, silicone went to Aderotimi’s blood, liver, lungs and brain.
She was rushed to a Delaware County hospital in an ambulance, but died within hours of a pulmonary embolism, according to the doctor.
Aderotimi’s friends said Aderotimi believed a ‘bigger booty’ would help her dream to appear in more music videos.

Talent scout Tee Ali, who met the Thames Valley University student when she filmed a video, told The Sun:

“The problem was she didn’t have no butt, and she wanted a butt. She went to audition for one video shoot wearing fake booty pants and she got all the attention. But when they found out it was fake she didn’t get asked back.”

The Philadelphia Inquirer said that prosecutors told the court Black Madam painted herself out to be a medical professional when she administered a series of injections to the two women.