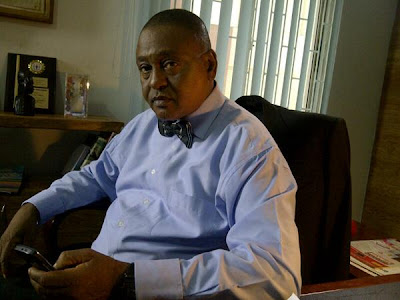 My war against climate change – Jide Kosoko
Jide Kosoko is one of Nigeria’s movie icons. He started his own drama troupe in the 70’s and he has moved with the times, as drama went to TV, later to cinemas, and today home videos. He has produced hundreds of movies and also raised countless protégés. At the moment, he is working  alongside the United Nations(UN) to create a docu-drama which talks about the worldwide issue of global warming. He spoke with me in his Lagos office last week.