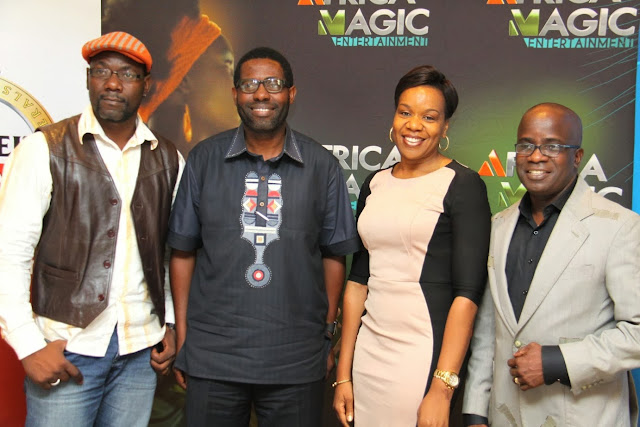 On wenesday, the judging panel of the African Magic Viewers Choice Awards had a chat with the media at the Protea Hotel, Ijeja GRA, Lagos. at the event, judges and representatives of African Magic made clear the ground rules for movie selection and criteria for selecting and rejecting movies.
According to the Head judge, Femi Odugbemi, all movies will be given equal chance at the award and no entry will be over looked. "Some times it will be easy to discard a movie by just watching the first few minutes. But at AMVCA I make sure that all films must be respected. some movie makers take months or years to finish a film, it will be unfair to just push a film away without even looking at it. Also, there are some films that do not start well but gain momentum as it goes," Odugbemi said.
According to Zik Zulu who is also a part of the judging panel, a lot has been learned from the last edition and the process will be a little bit less cumbersome. Zik has also been on many panels of various awards and movie festivals across Africa.