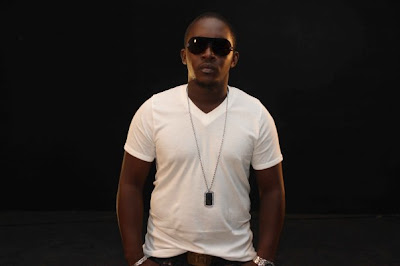 It was a night of fun and excitement as superstar M.I and Alapomeji crooner, 9ice, thrilled the elated crowd that stormed Jogor Centre, Ibadan, Oyo State for Amstel Malta Showtime.
The event, the third edition this year, saw exciting performances from the main acts even as comedian Laff Up, also thrilled the audience to rib cracking jokes. Entertainer Darey ‘Art’ Alade was also present as the anchor of the event. Impressive dance group, Outrage, completed the lineup that performed on the night.

Ace rapper, MI, was at his element as he thrilled the audience with several tracks from his albums including: Anoti, Undisputed Champion, Beef, One Naira, Nobody, My Head, My Belle and others. Alapomeji exponent, 9ice was no less impressive as he got the audience dancing to hits like Gongo Aso, Attitude, Photocopy but to mention a few. Laffup, the comedian of the day, certainly did his reputation no harm with his hilarious jokes.
The event, a unique brand activation platform for Amstel Malta, Nigeria’s premium low-sugar malt drink, also featured exciting performances from upcoming talents. Talented individuals slugged it out in singing, dancing and comedy competitions.
The competition saw Owomoyela Oluwatobi Peteru from The Polytechnic Ibadan, Dozie Mbata, a 400 level student of Theatre Arts at the University of Ibadan and Onome Ilovhogie, also a 400 level Sociology student of the University of Lagos, emerging winners in the singing, dancing and comedy categories respectively during the talent hunt competitions.
The winners all won for themselves, a cash prize of N500,000 each, along with brand new iPads and an all-expense paid weekend getaway to Lagos for two. The first and second runners up got the sum of N150,000 and N100,000 respectively.
The first prize winners also had the opportunity of performing with the stars on parade on the night. While Dozie Mbata, winner of the singing competition, had the opportunity of performing with M.I, Owomoyela Oluwatobi Peteru, winner of the comedy category shared the stage with Laff Up as they both sent the audience reeling with laughter in their combined performance. Onome Ilovhogie who won in the dance category set the stage on fire as he danced with top dance group, Outrage. The three acts certainly had a field day as they shone with the stars on parade.
Speaking on the event, Adedoyin Owotomo, Brand Manager - Amstel Malta, Nigerian Breweries Plc., stated that AM Showtime was staged in Ibadan to give an unforgettable experience to selected individuals of one of Africa’s prominent cities.  “Amstel Malta is a unique malt-drink and we always aim to give a unique experience to consumers. We moved the Amstel Malta Showtime train to Ibadan to give an unforgettable experience to a selected audience in Ibadan and I believe we have achieved our goal,” she stated.
According to her, Amstel Malta Showtime did not only give the aspiring talents a platform to display their talents, it also gave them the opportunity to share the stage with their favourite superstars.
“Our theme in Amstel Malta Showtime is ‘To Be The Best With The Best’ and that is what played out this evening. The winners in all the categories of the event have had the rare opportunity of performing alongside stars and it doesn’t get better than that for any of them,” she added.
After Ibadan, the last leg of the 2012 edition of Amstel Malta Showtime is scheduled to hold in Lagos on October 5, 2012, with Wizkid and Tuface Idibia as the main acts. The Lagos leg of the event will bring to a close what has been one of the most entertaining and exciting variety shows in the country. Earlier in the year, Amstel Malta Showtime was held in Port Harcourt and Benin with an impressive list of stars including Flavour, P Square, Naeto C and Davido, amongst others performing.
Posted by Unknown at 07:02