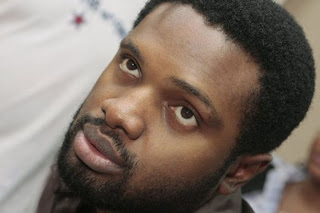 Mrs Gladys Asuquo, the mother of celebrated singer-song writer-producer, Cobhams, has won the Supermom celebrity edition. The former clerical officer in the Nigerian Army was adjudged winner of the hugely popular show after amassing the highest votes by fans and followers among the ten finalists. Thus, Mrs Gladys Asuquo would be presented N2m cash prize at an elaborate ceremony later in the year, which she is expected to donate to a charity of her choice. She would also be treated to an all-expense paid trip to Dubai. Fuji music star, Abass Akande Obesere’s mother, Taibat Omobonike, emerged first runner up while Banky W’s Empire Mates Entertainment debutante, rapper, Skales’ mother, was second runner up. They are expected to be on the all-expense paid trip to Dubai while also getting N1m and N500, 000 cash respectively which would also be donated to a charity of choice. Other runners up are Julius Agwu and Tony Tetuila’s mothers, who would get an appreciable cash prize too, the organisers, Digital Interactive Media, have announced.

A recap of Cobhams’ story was broadcast during the announcement last weekend. Cobhams isn't just one of the most talented young men in the Nigerian music industry with a remarkable record of success in his chosen career, he is also a conqueror; having won several battles including that against congenital blindness. Viewers would recall the tear-filled and intriguing story of how a blind kid turned his disability to a success story. Born like other normal children, Cobhams seemed perfectly normal until about three months after when his very observant mother began noticing his awkwardness. She took him to the University Teaching Hospital in Ibadan from where they were referred to a hospital in Kano. There, her worst fears were confirmed; her son had been blind from the womb and nothing could be done to restore his sight. “It wasn't easy watching Cobhams do chores around the house and run errands like my other children but I resolved to make him as independent and capable of achieving anything he sets his mind to do. I showed him where his box of clothes was and would ask him to go get his clothes after bathing him,” Mrs Asuquo says. These trainings came in handy when he had to move into the boarding school for his secondary education. As he grew up, his predilection for music started coming to the fore. She recalls, “He would beat on anything he could lay his hands on so I encouraged him by buying him musical toys. Cobhams never went to school to learn to play any music instrument; I think it was just an escape route for him.”
Since it began airing on May 26th, viewers had keenly followed the sacrifices of 20 Nigerian celebrities namely Cobhams, Skales, Obesere, Foluke Daramola, Flavour Nabania, Mr. Olu of the Yahooze fame, Ice K, one half of the enduring duo, Artquake, Kennis Music act, Jaywon, Tony Tetuila and acclaimed female drummer, Ara. Other celebrities were On-Air-personality and consummate theatre artist, Yaw; actors, Femi Adebayo, Binta Ayo Mogaji, Kunle Afolayan; and comedians, Seyi Law and Julius Agwu. Like contemporary gospel artiste, Kenny Saint Best and bulky DJ Humility, the Nollywood producer popularly known as Mr. Prolific also shared the story of his mother’s sacrifices while nurturing him to adulthood.
The 13-week show, which aired on the AIT network and primetime belts of many terrestrial television stations, came to an exciting denouement last weekend. While it lasted, the Supermom Celebrity Show emerged one of the most exciting and engaging experiences in the history of reality television shows in Nigeria. With an unprecedented massive following, no less because of the emotional and relatable touch points in the true-life stories of some of Nigeria’s superstars as told from the prism of their mothers and the transparent voting pattern, the Supermom show lived up to billing as the quintessential platform to celebrate our mothers.
Explaining the rationale behind the show, the executive producer, Sola Fajobi, says, “Our Superstars are human beings; they eat, they drink and do the things that we do. They did not fall from the sky. They were raised, groomed, trained and nurtured by mothers. They were once kids and now they are celebrated all over the country because of their talent and achievements. We are confident of the fact that Nigerians really would love to see and share from the experiences of their idols and their mothers.”
Introduced by Fajobi’s Digital Interactive Media (producers of the Next Movie Star show), the Supermom show comes highly rated by viewers and pundits for being the first of its kind to give out a house as prize. A 61-year-old business woman, Folajogun Adesona, emerged winner of the second edition of the Supermom reality television show while Mrs. Nkechi Rapu who is based in Asaba, Delta State won the debut edition. The first and second runners up got a brand new car and N1m and N500, 000 respectively. Supported and sponsored by Procter and Gamble, and Promasidor, Fajobi says, “The Season 11 of the show saw thousands of entries from people who just wanted to win the prizes and which turned out to be fabricated stories. Hence, we used the celebrity edition to confirm to viewers across Nigeria and beyond that The Supermom is just a way of showing appreciation to our great mothers.”
Posted by Unknown at 03:46