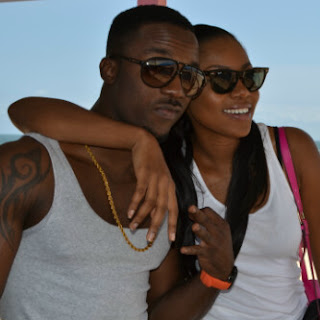 Kukere crooner, Iyanya and the top Ghanaian actress, Yvonne Nelson denied a love affair for over a year now, though there are many pointers to the fact that there is a relationship. Yvonne Nelson was even mentioned by Iyanya in his club hit, Ur Waist. Yet they still say that they are just friends.  series of controversies have been trailing their friendship.
Just last weekend, the two were spotted and even photographed together having fun on the beach. When Iyanya was asked to comment on their relationship, he denied it and said it's a mere rumours. "We were just chilling at the beach. She's just a friend. I really care about her. There's nothing between us. We are cool. She is a darling to me". Another source said, 'Yvonne and Iyanya are just admirers of each others' works, nothing more.' What do we believe now?
Posted by Unknown at 06:58