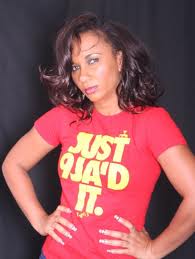 After the lowly publicised re-run of the Actors guild of Nigeria election, all the contestants had gone to town claiming they had won the election. The electoral body headed by Ayo Emmanuel today announced that Actor, producer, Emeka Rollas is the winner of the election. he said the Rollas won the race by a 81 to 76 margin. however, not everyone is happy about the results. Pretty actress and model, Ibinabor Fibaresima who also contested for the position is not taking the results lightly. She has vowed to contest the results.
Already, the race had become tribal as the election split the industry tribally. Ibinabo had been enjoying support from the South-South  actors and movie makers while Emeka Rollas got the support of Ibo actors. Ibinabor has promised not to back down accept Rollas presidency, and most of her supporters are ready to take up the fight with her. more details soon.
Posted by Unknown at 11:01