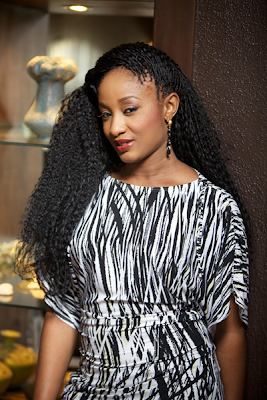 Breast cancer awareness is reaching a peak in Nigeria today with various funds being created for sufferers. Actress Juliet Aguwa was very popular in soap operas including ‘Memorial hospital’ and ‘Twist away’. But she moved to America with her husband. She is back in Nigeria with a story to tell. Over the past three years she had battled with breast cancer and had been faced with the very dreadful chemotherapy treatment. She lost her hair, her skin went pale but her will to live remained intact. She is working on an awareness campaing for the disease that almost took her life. She spoke with Hazeez Balogun recently.

You are were diagnosed with breast cancer and you survived. Many people will just keep the ordeal to themselves you decided to all out.
Yes, I know about the stigma, but I do not want cancer to be seen as a curse but a disease, and the sooner we get to know more about it the better and easier it is to fight it. I was sincere with what I was going through because I know other people were also  going through the same thing.

You featured in some soap opera before in some year back then you disappeared.
I did not really disappear. I moved to the United States. Let me tell you a bit of myself. I was born in Imo State on October 2, 1973, but I grew up in the North- Niger State. Dad passed away when I was 7 years old so I was raised by my mother. I attended FGGC. Owerri for 3 years and then I transferred to FGGC Bida, where I finished in 1991.

After Secondary school, I studied theatre arts at the University of Portharcourt, Nigeria, West Africa. After graduation, I pursued acting for a while, appearing in several TV series and Talk Shows on NTA, Lagos, including drama series, Twist Away and Memorial Hospital.
I also served and worked with the NTA, Lagos under the Management of Mallam  Danladi Bako and Mr Frank Olize till Sept. 1996, when I migrated to the USA to further my studies. Now, I am an American Citizen living in Wisconsin.
So when did you find out that you had breast cancer?
Two weeks before I found a lump in my left breast, my husband Stan and I had gone for our yearly physical exams at a Hospital in Michigan where we lived with our two beautiful daughters, Chigozie  and Chisom. Everything turned out normal for both of us. Two weeks later, I noticed the lump.
I thought it was leftover breast milk, because I had just stopped breastfeeding my younger daughter. So I went back to the Hospital, and after a series of tests, I was told to go for a biopsy where tissue from the breast is removed and examined for signs of breast cancer.
By the time my husband and I went back for the biopsy results, I had already done the crying, the anger, and the denial. I was young. How could I have cancer? I didn’t have any family history of the disease. And I just had about a few months left to graduate with a degree in Medical Case Management.
When we got in to see the doctor, I watched her. She seemed nervous, like she didn’t want to tell me what they had found. So even before she said the words, I knew I had breast cancer. I was only 34.

I was diagnosed with Stage three aggressive breast cancer in September of 2008. Within two months of my routine medical check. I can’t tell you the shock and the disbelief of how my world spiralled out of control. The moment I heard the word ‘cancer’, everything else went blank.
With the realisation what came to your head?
I thought and acted like it was a death sentence, thoughts of my little angels-my daughters  and my dear husband of five years , flooded my mind and I thought I’d drown in my tears!
I ran a few more tests at the Hospital to confirm the extent of damage and was advised the best treatment was to have a surgery, as the only way forward. It was the hardest decision of my life at such a young age, when I had so much plans for the future which included getting back into the movie world eventually, a passion that I had long left behind due to marriage and family but was constantly taunted by it.
How did your children take the blow?
Telling my older daughter who was three and half years old at the time was hard because she did not understand. We said, ‘’the bad guys attacked mummy’s boobs, and we are trying to fight them’’. Well I braved up to it and broke the news to my family, my mother was in Nigeria at the time, and when I called her, I could tell she was in a great mood.
As an African did you try any African remedy?
Well, I am more inclined to western medicine. So naturally I had to sort out the doctors first. My mother was very worried and she flew down with some herbs. I asked my doctor if it was ok. He said, he was not against it, but I should allow him to finish with his treatment first. Then if I think it is the best thing to do, then I can go ahead. Thank God, it did not get to that level.
What about spiritual help, like faith healers?
I believe in God a lot, but I will not sit in one place and expect to be healed. He is the one who works with the doctors. So through them I am healed.
The treatment must have been very expensive
Well, that I cannot really put together. As a US citizen, with a health plan, it was all done for free. I was well covered. But I know that the procedure was an expensive one to do.
How did your family fare?
Surgery and ongoing chemotherapy and radiation made it become so hard for me to care for my lovely daughters, who were then, 3yrs and 18months. I felt that they were too young to grasp the whole ordeal and wanted them to enjoy the leisure of being around other kids of their age especially, the days my chemotherapy weighed me down. My medical facility (Froedtert Medical College of Wisconsin) was very resourceful and excellent in assisting me with some of my needs and made me feel hopeful towards the future.

So you were finally released from hospital
Yes, the surgery is done, chemotherapy and radiation over, though my body doesn’t quite feel  like it’s mine, sometimes due to the healing process but am positive and strong on the fact that life holds so much more after these.
So it was a mixed and warming feeling when I heard those words ‘’cancer free’’. Tears rolled down my eyes knowing that I was given another chance of life to walk through the stages of life together with my kids. I can only say that I am proud to be standing today.
Tell us about your foundation
After I got better, I started an Organization called Courage To Dare Foundation. Having gone through all the stages of cancer treatment and emerging a survivor, I knew I had to do something for the thousands of people all over the world who can’t access information and treatment.
I came to Lagos Nigeria to do research on cancer patients, I talked to an oncologist at the Lagos University Teaching Hospital, Idi-Araba, and she said that a lot of cancer patients come in after the disease has reached an advanced stage.  There, I was trying to talk with cancer patients there and many didn’t want to talk to me. It seemed that they were embarrassed about the fact that they had cancer.
Some of them said their families didn’t know, and they didn’t want them to know. My Organization plans to go all over West Africa empowering women to speak up about their condition and to seek help. Our lives are stories we must tell to inspire the world and leave a legacy.
My legacy, I hope will be to inspire millions of people, African women who seem to have lost hope that there could be life after the diagnosis of cancer, and women in general, who like me, will change their death sentences to a ‘’life worth living to the fullest’’.
You were on Oprah Winfery show, how was the experience?
It is undescribable. I did not believe it. I received a call inviting me to come, but I thought it was one of my friends playing a prank on me. But the person persisted. I was invited as a guest on the Nov 16, 2010 Oprah Winfrey Show, among an audience of individuals honoured for making a difference in their communities. As a surprise to the audience and the invited guests, the show ended up being Oprah Winfrey’s final ‘’Oprah’s Favorite Things Show’’. It was a good experience and it has given a lot of credibility to our campaign.
This not only was overwhelming, but it gave a voice to all the effort in trying to help Africans. Oprah’s Show has made me want to work hard in partnering with other Organizations on the fight to ending the breast cancer death rate in Africa, which is mostly due to neglect, abandonment, lack of finances and awareness.
So you have left acting for good?
No, I will always be in show business. I will always be in modelling. I will continue to endorse products that affect people’s lives. One of my biggest wish with my second chance to life will be to re-visit the acting world again.

So how is life after cancer?
These days, I feel as though breast cancer gave me a new life. Before I had breast cancer, I worked hard on being a mother and a wife, and I think one of the things I neglected most was me! So after cancer, I decided that you only have one time to live your life. I want to go back to the film industry. I am pursuing a master’s degree in public health in Wisconsin where we live now.
I am also going to keep talking about breast cancer because people have to know that being diagnosed with the disease doesn’t mean that they are going to die, that with early detection and quick action, they can survive breast cancer.