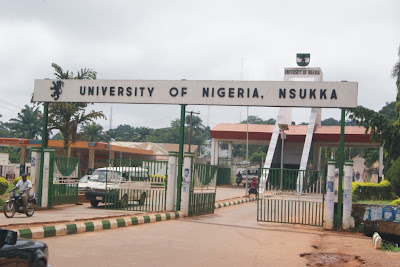 The lecturers sought the understanding of all Nigerians on the strike.
The Ibadan Zone of the Academic Staff Union of Universities, ASUU. will not call off its strike until the Federal Government meets the union’s demands, according to the Zonal Coordinator, Dr. Adesola Nassir. This follows ASUU’s resolve on Tuesday, after a meeting with federal lawmakers and ministers, to continue with the strike.
Mr. Nassir stated the union’s stance at a news conference at the University of Lagos (UNILAG) on Wednesday.
The union embarked on a nationwide indefinite strike on July 1 over claims that the Federal Government had failed to implement parts of the agreement they signed in 2009.
“We as members of the ASUU Ibadan Zone, comprising University of Ibadan, University of Lagos, Olabisi Onabanjo University, Lagos State University, University of Agriculture, Abeokuta, and Tai Solarin University of Education, have resolved to remain on strike.

“This we are doing along with our other colleagues nationwide, for as long as it takes the government to be faithful to the implementation of the agreement and commence the process of renegotiating the 2009 agreement.
“This is not meant to inflict undue pains on our students, which also includes our members, wives and children, parents and other primary interests,’’ he said.
He described their action as a collective sacrifice toward ensuring that they bequeathed “a better university system to posterity’’.
Mr. Nassir said that since ASUU acceptedthe challenge of repositioning the country’s universities more than two decades ago, more than 3,000 academics had been trained outside the country. He said this was achieved through the Tertiary Education Trust Fund (TETFUND), the product of an agreement spawned by their struggles.
He hoped that the current struggle, which he said might drag on for a while, would yield positive dividends.
“We cannot continue to relegate the education of our children by devoting a paltry 8.5 per cent of our budget even when most African countries spend about 20 per cent on the average.
“We therefore call on parents, students, progressive organisations and all other stakeholders to join our union in the struggle to free our universities and society from the claws of mis-governance, neglect and outright repression,’’ he said.
He said that the government must investheavily in education if it truly desired a country that would be respected among the comity of nations.