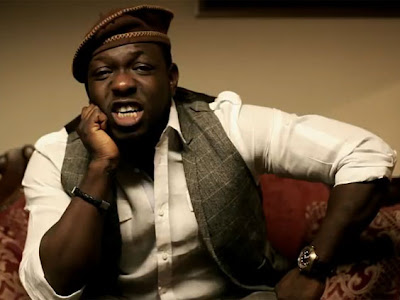 The Egberi Papa 1 of Bayelsa might like his music fast paced and energetic but when he talks, he wants you to listen, and listen carefully.So, while trying to explain the finer points of his argument during a live programme at Blaze FM Nnewi , he was rushed off a question one time too many-the artiste wasn't having any part of it!
Timaya made sure to make his feelings known right on air! “Why do you journalists (OAPs) always cut people off”, he demanded, “You ask one question and won’t allow people to ‘land’ before asking another?
(read more after the cut)

Suitably chastised, his host JJ, graciously allowed the artiste to have the ‘mic’, leading to fifteen hilarious minutes as the jovial artiste and Kcee, took their fans on a quick rundown of Star Music Trek’s 10 city 10 week concert currently touring round the country.
Posted by Unknown at 01:18