Nigerians in Kenya under attack

The harassment has taken a xenophobic dimension,  Just 2 days ago a Nigerian with Valid passport and entry Visa to Kenya was stopped by plain clothes policemen, when they requested for his passport, he promptly presented it to them. The passport was immediately seized and he was asked to to leave Kenya, as Nigerians only come to Kenya to take their woman, he resisted and insisted that he committed no offense, he was immediately attacked and beaten to a pulp and he was bleeding profusely. 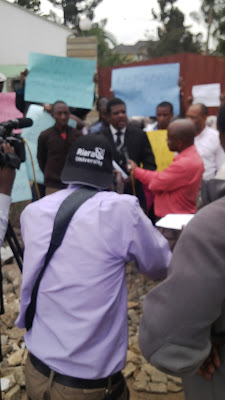 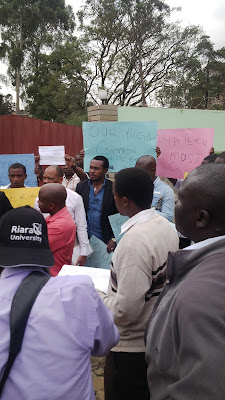 The took him to the station and the OCS was so alarmed that he almost got physical with the policemen and insisted the paid for the guys treatment. He has taken pictures and also copies of his statement and dropped at the embassy.(read more after the cut)

3 days ago, 27 Nigerians were refused entry without Valid reasons yet we have a protocol of giving Visa's on entry by both countries Embassy officials who visited the Nigerians in jails broke down intears when the found out that they were not only innocent but that they were tortured and brutalized .The Nigerian community has also met with leading politicians in Kenya who insist that our Ambassador has not only failed to do his Job, and that if we remain silent about this harassment that it will only get worse.This case is only one of the many cases that is going on in Kenya.We as an organization cannot afford to publish this letter on the pages of the Newspapers in Nigeria, but we are appealing and counting on your good graces to help us make our plight known.
Posted by Unknown at 07:22