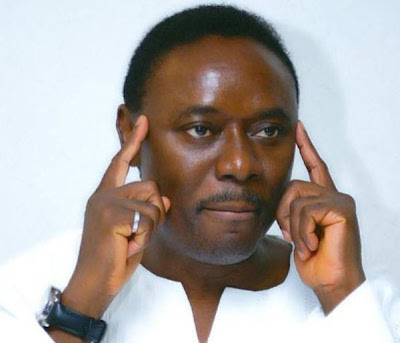 THE Federal High Court sitting in Abuja on Monday  voided the de-registration of  political parties by the Independent National Electoral Commission (INEC).

The judgment was sequel to a suit filed by Hope Democratic Party and its presidential candidate in the 2011 general elections, Rev. Christopher Okotie.

The plaintiffs had through their counsel, Fred Agbaje  asked for a declaration that section 78 (7) (ii) of the Electoral Act, 2010 is unconstitutional, invalid, null and void to the extent that it offends the provisions of section 40 and  221-229 of the 1999 Constitution.

The plaintiffs also asked the court to make a declaration that INEC cannot deregister the party except in accordance with the provisions of the 1999 Constitution.

They further asked the court to declare that the purported reliance on section 78 (7) (ii) of the Electoral Act 2010, as amended, by INEC in deregistering FDP without first hearing the political party violated the provisions of sections 36, 38 and 40, as well as sections 221-222 of the 1999 Constitution, and paragraph 15 of the 3rd schedule (part 10 of the Constitution) among others.
(read more after the cut)


In his judgment, the presiding judge,Justice Gabriel Kolawole held that the concept of deregistration of political parties is strange to the 1999 Constitution.

He added that the criteria by which the National Assembly delimited deregistration to failure to win seat in state and National Assembly elections appears like nothing but legislative arbitrariness, since INEC has powers to conduct other elections.

According to him, “INEC would not have lost anything by issuing the 1st plaintiff (FDP) with a query to enhance the integrity of its decision.

“The statutory powers conferred on the 1st defendant (INEC) can be described as ministerial but when such power concerns deregistration of a political party it becomes a quasi judicial power because after registration a political party becomes a legal entity and acquires a legal ri
ght and a decision to take away such legal rights cannot be taken without according the political party a hearing.
“Section 78 (7) (ii) of the Electoral Act 2010, as amended, is hereby declared null and void, in so far as the 1st plaintiff (FDP) was not heard before the decision was taken, the said decision is null and void.

“The 1st defendant’s (INEC’s) decision dated December 6, 2012 is declared invalid and is set aside.”

However, the court did not grant the plaintiffs’ prayer that the court should order the defendants to pay them the sum of N10m as compensatory damages.
Posted by Unknown at 07:03