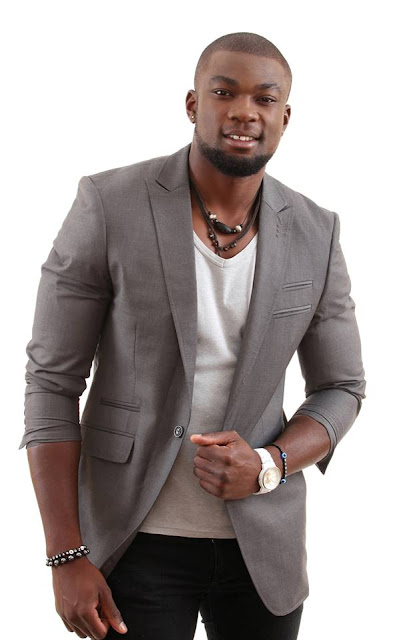 I love Cleo, I’ll wait for her --Hakeem
This year’s Big Brother Africa show tagged “The Chase”, is one of the most followed since the show started. This is probably because of the twists the producers have infused in it. For now, Nigerians in the house are yet to really stand out. One of the ladies men in the show is Hakeem from Zimbabwe and his love for Cleo had been a big topic online. It, however, came as a shock when he was evicted last Sunday. Ironically, he was put up for eviction by Nigeria’s Melvin. Senior correspondent, Hazeez Balogun spoke with Hakeem on phone soon after his eviction.
Did you think you would stay this long in the house?
Yes. Even when I went into the house, I thought I would get to the final. The truth is that I believe in myself a lot and I believe that anything I put my hands into, I will excel. So, I had that belief that I would go farther than I did.
(read more after the cut)

Despite the support from Nigerians, it was a Nigerian who put you up for eviction. How did you take it?
It is all a game. Melvin did what he had to do. I heard that he had been feeling bad about him putting me up for eviction. But that is how the game is played. He should stop sulking and up his game. Yes, he was a good friend, but we were all aiming for the money. I even heard that he put himself up for eviction so that he will not put anyone else for eviction; that is not a smart move. He should be focused on playing the game. Big Brother is not different from the real world. He should be ready to make hard decisions.
What would you be doing now that you are out of the house?
I will be doing a lot of things. Before I got into the house, I was into modelling and also pursuing an acting career. Now that I am out of the house, I will continue in that line. I want to entertain people, and I think I have the talents. I also rap as well. I hope to work with Ice Prince one day. I also wish to act alongside Van Vicker. I know Nigeria is big in music and movies; I will make sure I visit Nigeria.
You had a love affair with Cleo in the house. Was it just part of the game?
No, not at all. I love that girl.
Will it continue and could it lead to marriage?
I do wish it continues. I have a lot of feelings for her and I will wait for her. I don’t know about marriage yet, we are both still young and I am not thinking of that now.
What if she dates someone else in the house before she comes out?
One mistake people make is that when they are in love with someone, they think they own that person. I do not own Cleo, and she has the right to do anything she wants with herself. But I believe we share the same love.
What has been the response from your country since you left the house?
It has all been positive; I thank everyone that supported me. I also thank Nigerians; I heard I got a lot of votes from them.