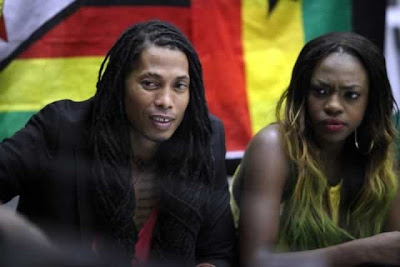 The last eviction for the Big Brother Chase just ended and it was the end of the game for Angelo and Bimp.
Dilish was spared eviction but it was an emotional moment for her and the other housemate. They were not allowed even a hug to the evictees. The most shaken of the housemates was Beverley whose in-house boyfriend, Angelo was evicted. She went under the sheets crying trying to hide her grief. The finalists for the $200,000 prize are Beverley, Dilish, Melvin, Cleo and Elikem. The race has just begun
Posted by Unknown at 12:18