PETA is urging the organizers of the National Chiken Wing festival to ban pregnant women from taking part in the upcoming event if they do not want their unborn male children to suffer the consequence of small genitals. 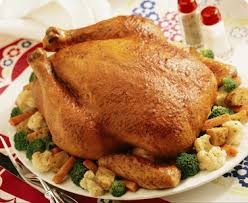 “Pregnant women may want to think twice before chomping down on those chicken wings, or their sons could come up short,” PETA Associate Director of Campaigns Lindsay Rajt said in a release.

PETA pointed out this study to back up their claims, showing that a chemical compound found in chicken may diminish the size of sexual organs.
(full report after the cut)

Full Report below
For Immediate Release:
August 15, 2013
Contact:
David Perle 202-483-7382
Buffalo, N.Y. -- This morning, PETA sent a letter to Drew Cerza, founder of the National Buffalo Wing Festival, with an ominous warning: The latest scientific evidence shows that the sons of pregnant women who consume chicken are more likely to have smaller penises because of a chemical found in the birds' flesh. And it's not just boys who are at risk from chicken. Babies, including girls, of mothers who have high cholesterol counts—and chicken is loaded with cholesterol—can be born with blocked arteries.

"Pregnant women may want to think twice before chomping on those chicken wings, or their sons could come up short," says PETA Associate Director of Campaigns Lindsay Rajt. "Chickens may be little animals, but they suffer in a big way before their wings are hacked off for a stupid contest."
PETA points out that chickens suffer every day of their abbreviated lives, including when they're hung upside down by their legs from conveyor belts before their throats are cut. They're also often submerged in scalding-hot water to be defeathered while still conscious.
For more information, please visit PETA.org.
PETA's letter to National Buffalo Wing Festival founder Drew Cerza follows.
August 15, 2013
Drew Cerza, Founder
National Buffalo Festival
1 page via fax: 716-568-8427
Dear Mr. Cerza:
You may remember hearing from us a few years back, when we requested that you cancel the wing-eating competitions at the National Buffalo Wing Festival because of the cruelty inherent in poultry production. I'm reaching out again to ask you at least to take steps to ensure the safety of pregnant women by barring them from taking part in your contests. As I will explain, consuming poultry while pregnant may lead to birth defects in utero, including smaller-than-average penises for newborn boys. I think we can agree that embarrassment and insecurity are no small matters.
Findings published by the Study for Future Families showed that eating poultry during pregnancy may lead to smaller penis size in male infants. Looking at dairy products, eggs, fish, fruit, bird meat, potatoes, tomatoes, vegetables, and red meat, researchers found the most significant link between chicken consumption and decreased penis size because of a chemical compound found in the meat. Furthermore, evidence indicates that heterosexual women's sexual satisfaction depends in part on their partner's penis size.
Even the cruelest of bedroom ridicule pales in comparison to the suffering that smart, sensitive chickens endure for the wings so casually consumed in contests such as these. Chickens raised for meat are bred and drugged to grow so large, so fast, that they are prone to crippling leg injuries and heart attacks. After a lifetime in cramped, filthy sheds, chickens are sent to the slaughterhouse, where their throats are cut while they are still conscious and their bodies are dunked in scalding-hot water. In addition, eating cholesterol-laden chicken flesh during pregnancy may also increase unborn babies' risk of being born with blocked arteries, which can lead to strokes and heart attacks later in life.
Now that you are well endowed with this information, I hope you will have the backs of future Buffalo residents and visitors by not allowing their pregnant mothers to participate in the wing-eating contest. I hope to hear from you soon.
Sincerely,
Posted by Unknown at 07:44