What to expect this weekend on Big Brother 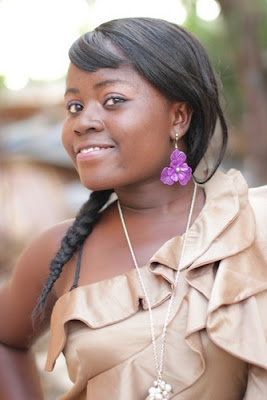 Ghanaian musical powerhouse Kaakie will be showcasing her mesmerising Dancehall sounds on this Sunday’s live Big Brother: The Chase eviction show, as the continent waits to see who their votes will send into the finale next week.

One of the biggest female Dancehall acts in Africa, Kaakie has made quite an impression on the international scene, scooping four major awards in the space of just two years. She picked up "Best New Artiste 2012" from Yfm 107.9 Ghana, "New Artiste of the Year" at Ghana Music Awards 2013, the "Reggae/Dancehall Song of the Year" award at the Ghana Music Awards 2013 and "Best Female Vocalist" at the recently-held 2013 BASS Awards.

Kaakie was discovered on Ghanaian Reality TV talent search Stars Of The Future falling just short of the final 4 stage. Her time on the show did, however, give her the chance to meet up with renowned Ghanaian record producer, JMJ Baby, who signed her to his label in 2012. Her subsequent debut single, “Ewoo”, topped nearly every chart in Ghana less than a month after it was released. Her second single, “Too Much”, gained her international prominence in Nigeria, Kenya, South Africa, the UK, Germany, Sweden and Canada.


Her debut album will drop in September 2013 and she’s currently busy with a nationwide “KaakIt Up” tour, running alongside her Maternal Mortality Awareness Campaign, a cause close to her heart thanks to her background in nursing.
Posted by Unknown at 07:01