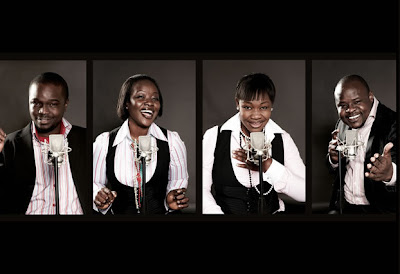 A gospel musiccritic, promoter and minister-of-God, Revd/Prophet Oladipupo Funmilade-Joel a.k.a Baba Sekunderin has cautioned Xtian artistes (gospel musicians, drama ministries and others) to be faithful to their callings and strive to satisfy God, change people’s hearts for the better to glorify God… but should not play to gallery in their ministration, so as not to commit people into sin.

Baba Sekunderin who is the Presiding Head, The Way of Reconciliation Evangelistic Ministries (TWOREM) Int’l Lagos,
(more after the cut)
Nigeria and CEO, Messiah broadcasting Network Nigeria, remarked that some christian artistes have developed the habit of deceiving people to hell, giving empty promises, false security, fake hope and other unrighteousness acts with a view to satisfy their audience, instead of God.
The worried clergyman asserted that the danferous trend among these Xtian artistes today, have allowed the pursuit of fame, title, wealth among others to becloud their passion for souls and fulfilment of the ministry.
According to Baba Sekunderin :- “This is a bad development and ungodly, because these christian artistes are God’s vessels and ministers-of-God themselves, hence, there is no difference between them and those in the pulpit.
The CEO, FUNMILAD Music Ltd; also admonished Xtian artistes in all spheres to be strong in terms of trials and tribulations, which may come in the course of their ministration, but, should be strong in the Lord and should not give up or derail, as God will always see them through.
He continued :-“I advise christian artistes to be sincere with their faith and soul. People should shun modern gospel music artistes who are churning out uncomplimentary and irresponsible songs, beats and messages, capable of committing people into immorality, but, should listen to good messages of God and matured gospel music”