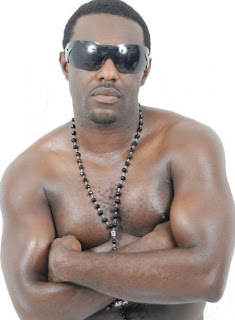 Yesterday, the fraud case against actor Jim Iyke was withdrawn from the court. This is coming after both him and the plaintiff, Hajia Abubakar had resolved to an amicable settlement. On the withdrawal of the case by the plaintiff, Chief magistrate Azubuike Okegu of an Abuja high court dismissed the case.
Prior to the withdrawal, in what seems like a frustrated rant, Jim Iyke the former toast of Nigerian movies has lashed out to critics and those he described as haters. He did this on his Twitter page which her regularly updates. It came as a shock to his followers on the social media to see as he continues to post tweet after tweet in anger. Most of his posts bordered on his debt issues which have been like a torn in his flesh in recent times. This comes after he had signed an undertaking that he would pay N200,000 every month for the next 4 and a half years to cover for his N16.5m debt.
He described the Tweets as shout-outs. The first one read, “Shout out to all the sociopaths that come unto hardworking brothers with bogus biz formats then resort to blackmail when they don’t get laid.” Some believe this tweet must be referring to the plaintiff Hajiya Habiba Abubakar.

Making it clear, the second tweet says, “shout out to the bleached psychopath from the North that went and got a tummy tuck and breast reduction to boost her extreme low self-esteem”. Another of the tweets was directed at his colleagues. “Shout out to my fake ass colleagues and friends that smile in my face and stick a stiletto in the small of my back. My name is still Ikechukwu,” he said. That was not all. He also had words for the journalists who were not getting his age right while reporting about his trial in court. “Shout out to the creeps that turn my age to a guessing game. Keep speculating, but (you)will never get it because you are dim witted. The joke is on you retards.”
Many kept their tweeter accounts open while waiting for what Jim Iyke will say next. But the last one that came was not an attack on anyone but an appreciation to his fans. It reads; “The last by no means the least. Shout-out to Team Jim Iyke and all the true fansout  there. Without you I’m nothing. I love you ferociously.” That must have calmed some nerves.
Jim Iyke has been battling with Habiba Abubakar over a business deal which involves Jim Iyke setting up a record label for her. He had first pleaded not guilty to a fraud charge, he later settled for an out-of court settlement.  He would be paying N200,000 into two Fin bank plc accounts owned by Habiba’s children. Nkechi Valeria Okelue of Sunny vale Estate was Jim’s witness while Hajia Habiba’s husband was her witness when the settlements were signed.