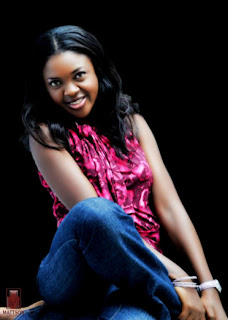 Once again, Omoni Oboli has proved her worth. A movie in which she features in which is a purely European movie, is about to be released. Titled Feathered Dreams, Omoni Oboli acted alongside European stars like Andrey Rozhen, Austeen Eboka, Yevgeniy Kazantsev, Philippa Peter, Conrad Tilla, Oksana Voronina. Feathered Dreams is a film directed by Andrey Rozhen and was shot in Ukraine last year. It is the first film collaboration between Ukraine and a Nigerian. According to a rep, the movie is a production of Highlight Pictures and plans for a release plans of Feathered Dreams are in the pipeline. Definitely, It will first feature at the cinemas.
Feathered dreams is about a Nigerian called Sade who dreams of becoming a singer. However, her father dies. As intended by the mother, the heroine is sent to study at the Ukrainian Medical University. The conflict between Sade's dream and her mother's desire due to family needs unfortunately leads to a chain of dramatic events. She finds a boyfriend, who encourages her to believe in herself and achieve her dreams.
The exact date that the movie will land in Nigeria is still uncertain, but we gather it will be submitted for screening  for the AMAA. It is already being shown across Europe and London.
Posted by Unknown at 00:03