Why Goldie crashed and cried out 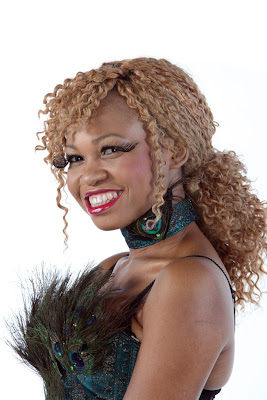 The major reason why Goldie was booted out was the lack of votes from her own country. Nigeria’s Goldie was evicted from Upville after receiving the fewest country votes from the continent.  Goldie and Prezzo have had an emotional time in the house and after a mammoth fight on Sunday afternoon, the pair saw their time together come to an end on Sunday evening.
So will You continue watching Big Brother after Goldie's exit? take our poll on the side of the page.
Kyle picked up 6 country votes, Prezzo 4 and Lady May 3 to Goldie’s 2. Kyle found himself up for eviction after Head of House Keagan saved himself and put the Ugandan up for eviction in his place.
Liberian star DJ Blue (HOTT FM 107.9) kept the Big Brother studio pumping as IK gave viewers a reminder of what had gone down in the house this week. Tensions are running high in the house now that the housemates are playing as individuals and the sniping levels are at record levels. There’s been a lot of discussion about Malonza’s relationships in the house, with even his brother Alex weighing in on his recent flirtation with Junia. The “Superheroes vs Villains” task saw Big Brother kidnapped, and the housemates having to deal with Bad Brother – but ultimately winning their task. Keagan and Wati were also placed on Final Warning after their behaviour went south after hitting the bottle too hard.

Zimbabwean urban/reggae star Winky D brought his smooth sounds to the stage as well, but there was nothing relaxed about the mood in the house. After telling Kyle and Lady May that they were safe, all eyes were on Goldie & Prezzo. IK asked them both if they were offered the chance to voluntarily leave to save the other person, would they? Both replied in the affirmative – but IK told them that the decision rested in the hands of the voters. After a lengthy pause, IK dropped the bomb that Goldie would be leaving the house. Upon hearing her name, Goldie simply turned and walked away from Prezzo, but he followed her to the doors and asked for a hug. After considering it briefly, she gave him the most cursory of hugs before exiting the house for good.
As she joined IK on stage, she seemed shocked that she had been evicted. IK asked her how she felt to be heading home, with the Nigerian saying that “at the end of the day, God decides”. He quizzed her about finding love in the house and she told him you never really know what happens – “you meet people, you develop feelings for them and that’s all”. Asked to define her relationship with Prezzo, Goldie looked downcast before telling IK that she had “come to care for him very much”.
Once Goldie had made her way off stage, IK reminded viewers that nominations would continue as normal on Monday. There are 9 housemates left in the game and they must compete for the USD 300 000 prize for the next 21 days.