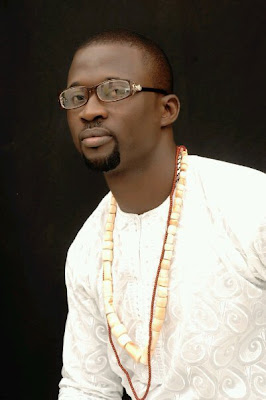 Alhaji Sulaimon Alao 'Malaika' Adekunle, Fuji musician ignited London fans last Friday.
He dazzled music buffs at Planet Hollywood, Comberwell Green. The hilarious show was attended by lots of crowd from Manchester, Liverpool, Peckham, Chinford and other places in the UK who watched Alayeluwa Malaika on the stage alongside his KS1 band.
Shetade Images and Wright Way Media, the companies in charge of Malaika Media affairs revealed that the show held for Malaika had massive turn out. Since the Fuji musicians often storm United Kingdom, the Friday show recorded the major patronage in the history of Fuji music.
'Even at the point the gate fee was increased to from $30 to $50,the crowd kept coming out massively till the show, organized by God Father Promotions ended', C E O,Shetade Images, Shehu Tijani said.
Malaika who is also called Jagaban of Fuji Music won African International Music Ambassador Award presented by an international organization based in Washington DC, US penultimate week before stormed United Kingdom from United of America.
It was learnt that after the death of the late Fuji icon,Alhaji Sikiru Ayinde Barrister,the international body has been sourcing for the Fuji legend's successor until few days ago that the body found trust in Alayeluwa's talents who climed the ladder and fits into late Mr Fuji.Ayinde Barrister's shoe as far as new generation of fuji musicians are concerned.

After presenting the award to him, Malaika eulogized his US promoter, Olayemi Titiloye,CEO, Godat Promotions for his consistence efforts in trying to lure ks1 music band to US and makes sure the tour is a successful one.
"To God be the glory. He gives us opportunity to be at United States of America today. This would have happened to any Fuji musician winning the award. I must thank my US promoter, Olayemi Titiloye for persuading me to come down here in spite his efforts many years ago.I told him the right time has not come. Therefore, this is the period we have been waiting for. And this is why am here. Here to entertain my fans who have been willing to see me. And to really tell the world that I am moving to the great ladder and platform late Ayinde Barrister had left behind. The legacy must not stop”, he confined.
He concluded that some cynics have been spreading rumour that his US promoter was introduced to him by him, an artiste who declined his personality while he left our shores. Malaika refuted the rumour that he never met Olayemi from anybody but through Almighty God.
It would be recalled that Malaika who released Proper Music Video few days back has sold 1 million copies courtesy efforts from Babalaje Records