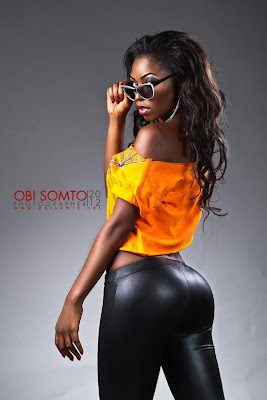 Weeks after releasing the first ever EME all star album, Empire Mates State of Mind and also signing on Niyola. Wizkid, Banky W, Skales and other EME acts have kicked off the label’s debut US tour. So guess who is missing in the crew. The new sign on.
The long anticipated multi city tour began on American Independence day, Wednesday, July 4 and will end on Sunday September 2, 2012.
According to EME, the tour will cover nine states in North America including New York, Chicago, Texas, and Atlanta.
Banky W, Wizkid, Skales, Rotimi, XO and other EME stars will also touchdown in the Canadian city of Toronto.
On Wednesday July 4, Banky W, Skales, Rotimi and Wizkid kicked off the North-American tour with an amazing performance in Houston. Three days later with the exception of Banky W, the EME boys also hit Dallas. On Thursday July, 20 Wizkid and Skales will perform in Toronto. The tour heads back to America with Banky W, Wizkid, Skales and Rotimi performing in New York City.
EME associate and rapper XO Senavoe joins the train on Saturday August 18 in Atlanta. The EME crew performs in Washington DC, Chicago and New York which wraps up the tour. The North-American involves two of the Empire Mates Entertainment associates; Rotimi and XO Senavoe.

XO Senavoe is a half-Nigerian, half-Ghanaian rapper who has been making a name for himself thanks to his unique and rapid wordplay. The upcoming rapper has gotten huge co-signs from established acts such as Banky W and M.I. Last year he featured in the historic Nigerian BET Awards Cypher which included Mode 9, Sauce Kid, M.I, Ice Prince and Naeto C. This year he was one of the promising acts that featured on M.I Abaga’s Illegal Music 2 mixtape.
Rotimi is an American singer with Nigerian heritage. He was born in the city of New Jersey 22 years ago. His love for music started when his father started exposing him to the music of the late great Fela Anikulapo-Kuti and Reggae icon Bob Marley. At the age of 15 Rotimi wowed the Apollo Theatre crowd and won the first place position on Amateur Night. Later on he joined a group called NBH made up of two of Jay-Z’s cousins. He is presently recognized as one of the brightest up-coming multi talented artistes in the American entertainment industry.

The label is also working on a pan-Nigeria tour, with details to be announced this summer.

July 4 - Houston (Banky W/Wizkid/Skales/Rotimi) Presented by EME, Jr 'The Mayor' Martins, Fela of It's On Fashion