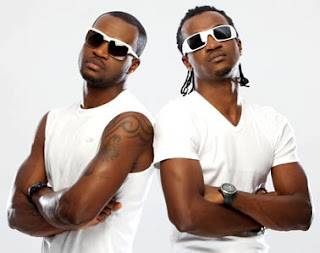 The body of the mother of multiple award-winning singers, P-Square, Mrs. Josephine Okoye, 62, which is currently in a Lagos private mortuary, will be laid to rest in her husband’s house at Ifite-Dunu, Akwa Village, Anambra State on Thursday, 2 August, 2012.
Shortly before the burial, there will be a lying-in-state at her Umunachi, Umudioka Village, Anambra State and a church service at St. Gabriel Catholic Church, before the proper burial at Ifite-Dunu, which will also be the reception venue.
The one-day funeral will be anchored by M.I.C, leading undertakers in Nigeria and is expected to be attended by colleagues of P-Square in the entertainment industry and some state governors amid tight security.

Until her death, the late Mrs. Okoye was the General Overseer of Friends of Jesus Catholic Prayer Ministry, with its headquarters in Jos, Plateau State.
She is survived by her husband, Mr. Moses Okoye and eight children namely Christopher, Henry, Jude, Lilian, Tony, Peter, Paul and Mary.
Mrs. Josephine Okoye died on Wednesday, 11 July, 2012, about five hours after a heart surgery in Apollo Hospital, India at about 11pm (3am Indian time).
The late Mrs. Okoye was first admitted at St. Nicholas hospital, Lagos, but when there was no assuring development on her health, she was transferred to the India hospital where she eventually died.
Mrs. Okoye, who was popularly known as a major pillar and source of inspiration to the singing twin brothers (P-Square), had been in and out of the hospital for about four months after being diagnosed of Diabetes.