How senator Gyang was shot dead 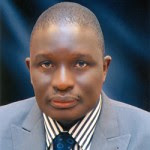 Gunmen killed a federal senator and a state lawmaker in Nigeria’s troubled Plateau state on Sunday at a mass burial for the victims of an earlier attack. Local officials said the killings were a suspected reprisal attack by local herdsmen involved in a long-running vendetta over land but the head of Nigeria’s senate spoke of an assassination.

“The senator representing Plateau North, Gyang Dantong, and the majority leader of the state assembly, Gyang Fulani, were gunned down today by Fulani herdsmen,” said Pam Ayuba, spokesman for the state’s governor. He added that the two were killed while attending the burial for the victims of a Saturday raid, also blamed on the Fulani, a tribe made up of Muslim, pastoralist herdsmen. Another federal lawmaker “escaped death by a whisker,” during the Sunday attack, Ayuba added. Senator Dalyop, a medical doctor by training was elected to the Senate in 2007 was born on March 2nd 1957.

He defeated former Deputy Senate President, Senator Ibrahim Mantu for the Plateau North Senate seat in the 2011 election. The state’s police spokesman, Abuh Emmanuel, told AFP the murders came amid a series of raids that caused “anarchy,” in several villages during which a number of houses were burned. Asked about the assailants, the police spokesman said “the incident was caused by suspected Fulani.” That account was supported by Ayuba who said the gunmen, who stormed the graveyard as Saturday’s victims were being buried, were likely inspired by their resentment for the state’s Christian political leadership.

Plateau state falls in Nigeria’s so-called “Middle Belt” region, dividing the country’s mainly Muslim north from its mostly Christian south. The burial ground was located roughly 90 kilometres (56 miles) from the capital Jos. A resident of the area told AFP that Christian youths had set up roadblocks after news of the attacks spread. “Youth in the area … have taken over the two major highways, setting up barricades and looking for Muslim motorists to vent their anger on,” said Samuel Gambo. State governor Jonah Jang imposed a dusk-to-dawn curfew in four areas that comes into force immediately, necessary because of “the prevailing security situation,” a statement said. Nigeria’s Senate President David Mark, the country’s third ranking political official, called the attack an “assassination.

“As a nation, we must just rise against those who are determined to return us to a state of nature where life had little or no value,” the statement from his office said. The long-running Fulani conflict in the state has been fueled by both religious and land tensions. The nomadic Fulani complain that they have been marginalised by the Birom, the Christian agriculturalist ethnic group that dominates the state. The two victims of the Sunday attack were Birom, as were the 23 people killed in the Saturday raid that targeted two Christian villages. Fulani herdsmen in March 2010 launched a wave of attacks on five Christian Birom villages, slaughtering more than 500 people according to state officials.(Metro news)