Whats up with Ramsey and Janet Jackson? 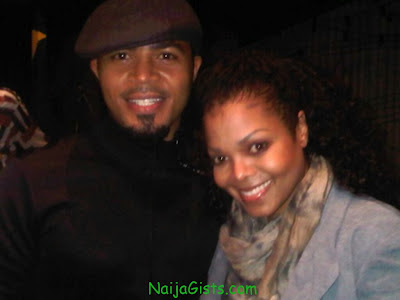 What do Janet Jackson and Ransey Nouah have in common. Yes they are both actors, but they are thousands apart. That is why it came as a shock when a picture of both of them side hugging each other appeared online. The picture after much scrutiny, appears to be original and not a photo shopped work.
While trying to reach the actor on his Glo number, the phone seem to be switched off. However, a close aide of the Checkmate star, explains that the picture is real and was not taken recently. The aide explained that the picture was taken when Ramsey ran into Janet after a function in New york. Though details of the function was not revealed.

Many of Janet’s colleagues have been avoiding her of late because of her new found love for public stunts. She had once revealed her boobs while singing before a baseball game. She was heavily criticized for the move because many children were present in the stadium. Janet had responded that it was merely a wardrobe mishap.
Posted by Unknown at 09:11