Two females in a bus conveying passengers from Lagos to Abuja were last Tuesday raped by armed robbers who attacked their bus at Sagamu area of Ogun State.
The gunmen also robbed all the passenger. It is learnt that the incident occurred around 12noon. 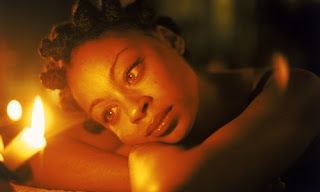 It was gathered that the three-man gang armed robbers were among the passengers that boarded the bus at Jibowu area of Lagos.

But on getting to Sagamu, they brought out their guns, ordered the driver to stop and then diverted the bus.
The Station Manager, Ifesinachi Bus Transit, the operator of the vehicle, who identified himself simply as Nelson, confirmed the incident. He said the victims would be compensated.
He said, “Truly, the bus was robbed, and I immediately left to meet the victims when the report got to us.

“I addressed everybody, including the two girls that were raped. Some were given money to return home while others were advised to report at our Jibowu office for another bus to convey them to Abuja the next day.

“Some of them disagreed with the arrangement. I spoke to the two ladies that were raped in privacy and volunteered to take them to the hospital. One of them refused and the other who said she was 18-year-old accepted.

Nelson admitted that the passengers were not checked before they boarded the vehicle, saying he thought the style used by the robbers was no longer in vogue.

“We are sorry for not checking the passengers but you need to understand that nobody is perfect. There was also security arrangement we put in place but we stopped when we felt things had normalised. This was part of the reasons why we don’t operate night buses,” he said.

On the insinuation that the bus’ driver could have been the mastermind of the robbery, the station manager said all their workers were reliable.

Nelson said, “He parked at Somolu because of the limited space at our office. I could have called him but his phone and other valuables were also taken by the robbers.”

A final year pupil of the Nigeria Military School, Kaduna State, who was one of the victims, Feyisa Ayo-Vaughan, said the robbery took place few hours after they left Lagos.

He said, “We left Lagos around 8am. On getting to Sagamu, one of them brought out a pistol, pointed it at the driver and took over the steering and drove us into the bush. We were searched, robbed, and then the two girls were raped.”

The pupil, who lost his documents and money to the robbers, said the documents might affect his leaving the school in August.

Another victim of the robbery, who is also a pupil of the NMS, Silas Anure, said the attack was like a dream.