Wacky! Why Jonathan could not say Amen to prayer against corrruption 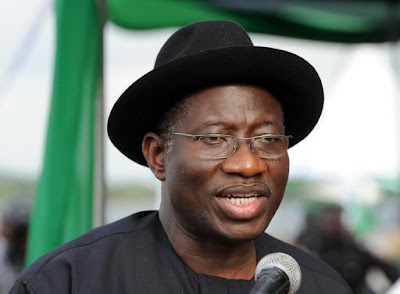 Spokesperson for President Jonathan Ebele Goodluck, Mr Reuben Abati, has responded to accusations that Jonathan and members of his cabal refused to say amen to at this weekend’s democracy day Church Service when the preacher offered a prayerful curse against corruption amongst public officials.

Speaking to reporters, Mr Abati revealed aspects of protocol that are not widely known outside Government circles, and which would explain why Mr President and ministers didn’t say Amen to the prayer by Most Reverend Peter Akinola, committing corrupt politicians to the court of God.

According to him, it is a long standing presidential protocol that during Church or Mosque services, the President only offers a fixed number of amens or amis, as the case may be.

The Reverend had offered many prayers and demanded many amens prior to the contentious one, Abati explained, the result of which was that the day’s quota of amens had been used up.

“Why?” asked the spokesperson, “would President not say amen to a prayer against corruption?”

He advised preachers, pastors, imams etc, to familiarise themselves with government protocol and to also limit the length of their prayers and sermons.

“It is the same people accusing the President of not saying amen to anti-corruption prayer that would be accusing him of favouritism if he had broken with protocol and said more amens than is allowed by constitution,” Abati said.