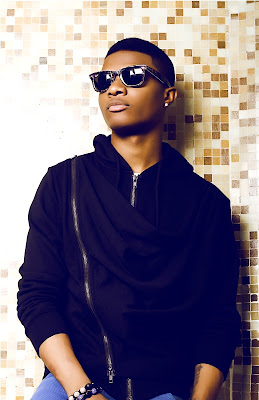 Nigerian pop star Wizkid was yesterday announced as one of the nominees for the 2012 BET Awards. The EME pop prince was nominated in the Best International African Act category alongside Ice Prince, Sarkodie from Ghana, Camp Mulla from Kenya, Lira from South Africa and Makobe from Mali.
“When I heard the news, I was more than happy I was ecstatic. For me to be nominated for BET Awards tells me that my music is beginning to make an impact in places, far places” Wizkid told journalists in Lagos.
He continues “I would like to thank EME for supporting me. I would also like to thank all the DJs and the OAPs who have had my back all this while. Most importantly I would also like to thank my fans, this wouldn’t have been possible without them”
Last year Wizkid shocked many pundits by winning the Best African Act at the 2011 edition of the MOBO Awards. He beat seasoned artistes like Seun Kuti and D’Banj to the international prize.
The BET Awards will take place on July 1, 2012 at the Los Angeles’ Shrine Auditorium. International pop stars Beyonce and Kanye West lead the BET 2012 Awards nominations with Kanye having 7 nominations and Beyonce having six.
Meanwhile, It is a few days to the hugely anticipated EME tour, and there is no doubt that the unbeatable team is not about slowing down any time soon!
Just before heading to the UK, WizKid, Skales and DJ Xclusive will be performing in Lusaka, Zambia on May 25, 2012 at the Barclays Sports Center.
“We have spent huge resources planning to make sure this tour is not like anything our fans have seen before; this is very big for us, we believe with God and the fans on our side, we will make Nigeria and Africa proud' says EME director Banky W.

The tour will include big venue concerts, select club gigs, road stops, TV and radio performances as well as extended media visits.
Put together by Cokobar, Barons World and EME, the three day UK performance will kick off on June 3, 2012 and will include acts from EME –Wizkid, DJ Xclusive and Skales.
The label is also working on a pan-Nigeria and US tour, immediately after the UK tour.
It’s the first-ever EME tour and an excited Banky says ‘thanks for waiting this long guys. We can guarantee you that we’ll have all the fun in the world. We’re taking Lagos party to other parts of the world!’
“"The fans in UK and US have every single artiste they can’t wait to hear in the club on one bill- that’s EME” Wizkid, who was recently signed by Akon, in a historic international deal with EME, concludes.