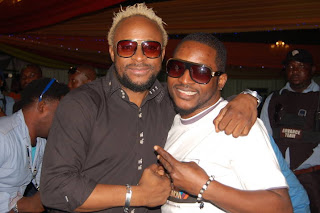 The 2012 edition of the emotive reality television show, Supermom, was
unveiled to a colourful cross-section of guests, celebrities, the
media and fans and followers of the show last Sunday at the Grandeur
Events Centre, Oregun, Lagos. Unlike the previous two editions, this
year’s Supermom has been tagged The Celebrity Edition. The rationale
behind this is not far-fetched. In view of the popularity of the show, which has continually been supported and sponsored by Procter and Gamble, and Promasidor, the executive producer of the show, Sola Fajobi, says, “The Season 11 of the show saw thousands of entries from people who just wanted to win the prizes and which turned out to be fabricated stories.

Hence, we want to use the celebrity edition to
confirm to viewers across Nigeria and beyond that The Supermom is just
a way of showing appreciation to our great mothers.”
Even more importantly, Fajobi continues, is that, “Our Superstars are
human beings; they eat, they drink and do the things that we do. They
did not fall from the sky. They were raised, groomed, trained and
nurtured by mothers. They were once kids and now they are celebrated
all over the country because of their talent and achievements. We are
confident of the fact that Nigerians really would love to see and
share from the experiences of their idols and their mothers.”
Thus, when the Supermom 2012 begins airing on May 26, viewers should
watch out for the sacrifices made by the mothers of visually impaired
singer-producer, Cobhams; Fuji Star, Abass Akande Obesere; actress,
Foluke Daramola; afro hip hop stars, Flavour Nabania, Mr Olu of the
Yahooze fame, Skales, Ice K, one half of the enduring duo, Artquake,
Kennis Music act, Jaywon, Tony Tetuila and acclaimed female drummer,
Ara. There are also celebrities like On-Air-personality and consummate
theatre artist, Yaw; actors, Femi Adebayo, Binta Ayo Mogaji, Kunle
Afolayan; and comedians, Seyi Law and Julius Agwu. The Nollywood
producer popularly known as Mr. Prolific also shares the story of his
mother’s sacrifices while nurturing him to adulthood. Contemporary
gospel artiste, Kenny Saint Best and bulky DJ Humility are the other
celebrities. Some of these celebrities were present last Sunday as
clips of the show were previewed.
Introduced by Fajobi’s Digital Interactive Media (producers of the
Next Movie Star show), the Supermom is an avenue to celebrate mothers.
The show comes highly rated by viewers and pundits for being the first
of its kind to give out a house as prize. A 61-year-old business
woman, Folajogun Adesona, emerged winner of the second edition of the
Supermom reality television show while Mrs. Nkechi Rapu who is based
in Asaba, Delta State won the debut edition. The first and second
runners up got a brand new car and N500, 000 respectively. The
Supermom Celebrity Edition will be broadcast on the NTA Network,
Africa Magic and other terrestrial television stations across Nigeria.