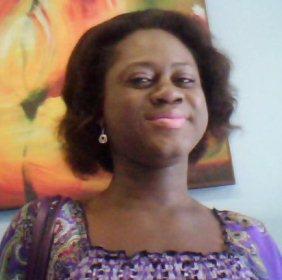 She was once a guy. He was born Dapo Adaralegbe, but he's now Stephanie Adaralegbe. Dapo was a popular homosexual law student back in the day in Obafemi Awolowo University but was expelled in 2001 because of his identity crisis. He moved to Spain where he is now living as a woman. Does she not look happy and fulfilled. Many may be bewilded about her decision, but hey it's her life, and she is happy. We transgender, homosexual, bi-sexual haters can go to hell.