See video here http://www.youtube.com/watch?v=kRBNgvhVbe0
R&B sensation and ladies man, Praiz Adejo is back with a spanking new music video for his track, “Jekalo”. 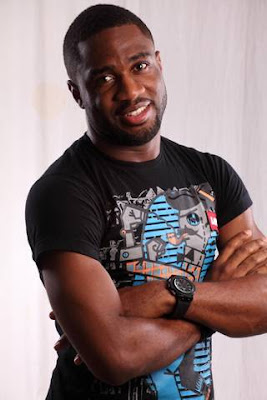 Since the release of his debut single and video “I Love You” as well as first-of-its-kind in Africa world premiere of the hit track “Stupid Song” with popular singer Bez on international channel, BET’s “106 & Park”, the dashing singer has continued to keep his fans wanting more.
Praiz released his club friendly single, “Jekalo” early this year and is now out with a video for lovers of his music to enjoy. The video has a techno-esque concept and was shot in a club displaying the track as a “feel good” song for fun lovers. The video was directed by Josh Clarke and produced by X3M music and TY Mix.
In just one year, with his amazing talent and increasing fanbase on major platforms in and outside Nigeria, Praiz recently signed a mouth watering deal as the new face of Etisalat Nigeria. He has also performed in major concerts across the country like FAB Awards 2011, MBGN 2011 among others.
Praiz has worked with top artistes in the Nigerian industry like MI, Bez, etc. He has also worked with major producers in the industry like TY Mix, Cobhams among others.
Praiz is currently working on his yet-to-be titled debut album which will be released later this year. The forthcoming album will feature big names in the Nigerian music scene like M.I, Overdose among others.

A computer science graduate from Kaduna Polytechnic, Praiz real name Praise Adejo started singing at a tender age in church. With his great achievements since he came into limelight, Praiz has become one of Nigeria’s most sought after talents.