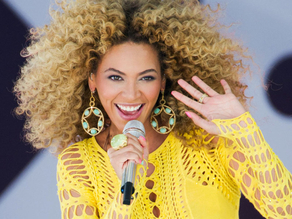 Who would Michelle Obama be if she could be anyone?

"It looks like musicians just have the most fun," Obama said in an interview with People magazine.

She admitted, though, that there's one thing she's lacking - being musically gifted.

The first lady also revealed a bedtime ritual with her husband, the president: He tucks her in at night.

"I'm usually in bed before anybody," the first lady said. "He'll come and turn the lights out and give me a kiss, and we'll talk. He's like, 'Ready to be tucked?' I'm like, 'Yes, I am'."
Obama did the interview in connection with the release next week of her new gardening book American Grown.