Pretty jerrylin bares it all 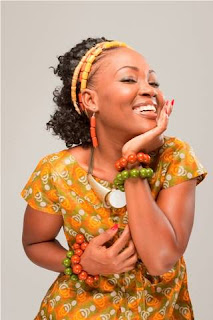 Since her participation in the West African Idol competition, 2007, Jerrilyn Mulbah has continued to prove her remarkable talent to the media and her fans across the continent.
With the release of her recent singles “Leka”, “Molejo” and “Mr. DJ”, and the massive response by music lovers and heavy rotation on radio stations across Nigeria, Liberia and beyond, the star singer has now set the pace for contenders to follow with the release of a music video for the track, “Leka”.
The song, “Leka” which means “Rock Me Baby” is a pop-highlife track produced by Dipo Abdul of KISS Music
On the Badex-directed video, Jerrilyn displays the typical African woman who has found love despite her parent’s displeasure in her choice of man.
The video was shot in the rural areas of Abeokuta in Ogun state, Nigeria.


“Leka is a love song which talks about what goes on in our society and how young girls of today handle situations when it comes to love.” Jerrilyn explains.
The sultry singer is to drop her first album in a matter of months.
Since the release of her singles, Jerrilyn has taken part in a series of innovative projects including MTV Meets, the youth platform where young opinion formers meet with decision makers in the government and discuss various issues affecting the society.
Jerrilyn Mulbah discovered her love for music at the age of 6 singing in church. Even though she had a very rough childhood, Jerrilyn overcame all her troubles while growing up in Liberia and Nigeria. In her stride to stardom, she performed at the Stop Rape Campaign concert hosted by the United Nations Mission in Liberia (UNMIL). She was later selected to compete with 23 other contestants in the West African Idol competition in 2007 and emerged fifth place. Since then, Jerrilyn has continued to thrill fans with her music and is now fast becoming a household name.