Serena Williams about to release album (she raps) 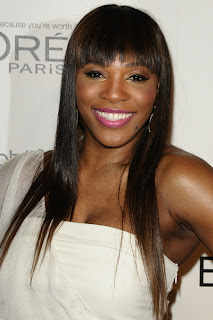 Forget tennis, Serena Williams got a new sport … the rap game — and she’s making her debut with a brand new song that’s actually pretty catchy.
TMZ broke the story … Serena laid down some tracks last year at a Florida record studio called B Major Music Group — owned by Baltimore Ravensoffensive tackle Bryant McKinnie, who’s good friends with the Williams sisters.
Now, one of the tracks has finally surfaced — and it ain’t half bad.
The lyrics are a little cliché — shocker, another song about “balling hard” — but her flow is surprisingly not annoying. She even gives her sister Venus a little shoutout.

Take a listen. Or don’t. It’s Friday. Do what you want