Plans on the way to rid Nigeria of beggars 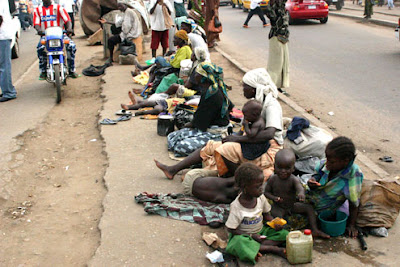 There’s an organisation in Lagos that’s trying its utmost best to better the lot of handicapped Nigerians. Aptly named Competent Handicapped Industry and Vocational Training Centre(CHIVTC), it is not solely a business as its name suggests but also an advocacy organ for the empowerment of the handicapped.
Having been founded in 1987, it is safe to say that CHIVTC has come to stay. It is also safe to say that it has been successful and remains on that course basically because of the efforts and passion of its founder, Dr Oluwatele Olaide Moruf.
Surprisingly, or maybe not, Moruf is handicapped. He is blind and has been so since 1979. “I was seventeen years old when I lost my sight. I was living then with my uncle who was a battery charger. I was also learning the trade and one morning, I discovered that I just couldn’t see anything again.