Charly boy to sue, Paper that called him gay and illuminati 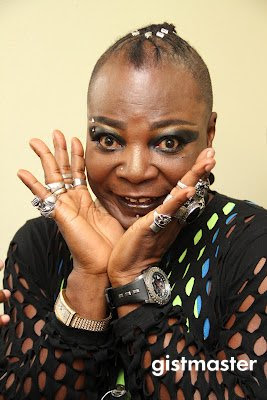 Controversial entertainer and head honcho of the popular Charly Boy show,Charles Oputa has denied the recent report making the rounds that he is gay and head of illuminati in Nigeria. Charly Boy described the info published in some newspaper as total misinformation. Only a lunatic
would have identified him as head of illuminati in Nigeria and one of the gay people in Nigerian entertainment industry.
On his twitter and facebook page, Charles Oputa, 60, informed his numerous fans that he has never sued before for this type of misinformation but he is prepared to take National Mirror newspaper to court through one of its weekend titles in Nigeria.
Gistmaster gathered that some bloggers had earlier in the week posted alleged report that Charly Boy admitted being gay and head of illuminati in Nigeria.
Before now, star musician Dapo Oyebanjo popularly known as Dbanj had been grouped in the alleged class of musicians who are gays in Nigeria.
According to the unsubstantiated reports, he had joined illuminati because of his relationship with Kanye West. They alleged that Dbanj is also gay and a member of a demonic cult.Dbanj later denied it,describing the report as nonsense and a total misconception.
(culled from Niyi Tabiti)